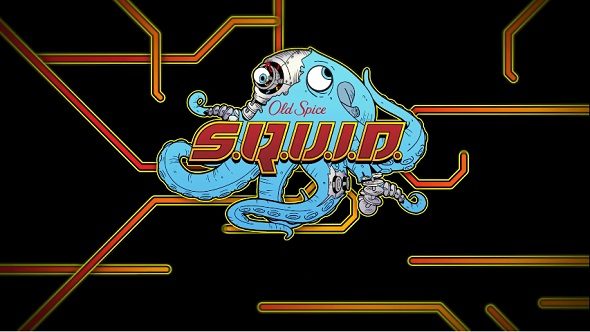 This takes the phrase “stream monster” to a whole new level. In a partnership with Old Spice, Twitch are giving viewers the chance to help a giant robot squid complete a series of wacky challenges this weekend. I’m just as confused as you are.

For some less complicated co-op fun, check out this list of the best PC co-op games.

As part of a marketing campaign for Old Spice’s new Krakengard product line, random Twitch viewers will be giving control of a single limb of this giant robot cephalopod. Named S.Q.U.I.D, which is short for Shared Quests Uniting Individual Dudes, these eight lucky people will have to help the robot through situations like taking a driving test or working a weekend job. I don’t know why you would trust an average Twitch viewer behind the controls of a potentially dangerous flailing tentacle, but it’ll probably make for a good laugh.

If you get picked to be the next tentacle operator, you’ll be placed in a special Twitch “holding tank”, where you can actually trigger changes in the squid’s environment through special emotes. The event has been running since Friday and the squid has so far played the drums in a band, acted as goalie during an ice hockey game and taken a test at school.

Just from watching the VOD of day one, it’s a lot less manic that I would have expected, with actors doing a lot of drawn out improv to mask the squid messing up. Hopefully day two will have more of the knockabout humour one would expect from putting a giant squid in the hands of a chaotic mass of Twitch users.

To tune in and potentially take part in this surreal mix of Octodad, Twitch Plays Pokemon and something from an 80s comedy, tune into the Old Spice Twitch channel from 13:00 PDT/16:00 EDT/21:00 BST.