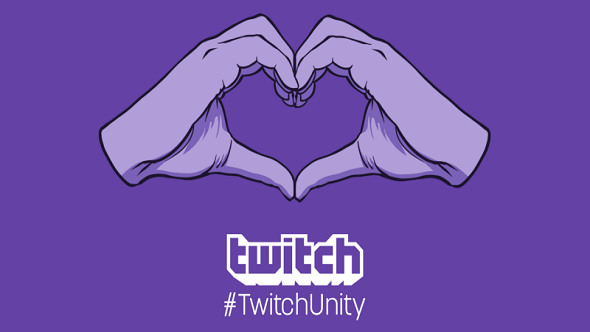 To try and support a more diverse roster of streamers, Twitch has designated May 26th as a holiday called TwitchUnity. The goal is to instill a core ethos focused around Twitch viewers and streamers trying to “welcome everyone” on the platform. Considering the reputation Twitch and its viewers has, it’s a noble goal.

Has TwitchUnity got you in the mood to stream something? Try our list of the best indie games on PC for inspiration.

To celebrate, there’s a new global emote, aptly named TwitchUnity, plus a number of featured streamers who aim to spread this message. In case you want to spread the love in your daily life, there’s even a t-shirt.

What you may be here for, though, is the main event: a three hour Just Dance stream from the Twitch offices. Staff from Twitch should be playing, and it’s going to be hosted by LittleSiha, who is a professional Just Dance player. Yes, that exists, she’s been crowned the US Just Dance Champion twice now, so she’s probably way, way better than you.

For links to the TwitchUnity festivities, they’ve got an official blogpost, and people should be streaming long into the night for the cause.