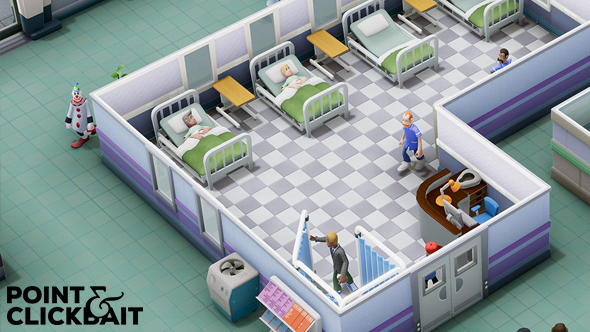 Sim lovers are in for a treat later this year with the release of a spiritual successor to Theme Hospital, guaranteed to shock and amaze with its fantastical depiction of a health system which actually has the resources to care for its patients.

The hilariously unrealistic game will include unimaginable concepts like “on time treatment”, “universal healthcare regardless of income level”, and “on-going support and care from well-paid staff”.

Described as a “day one” purchase by Theme Hospital fans, the game’s bizarre and unsettling vision of the healthcare system is only a simple evolution of the original concept, say the developers.

“At the time it was pretty funny to take a working health system and say to ourselves – what if it wasn’t working?” said the lead designer. “Classic bait-and-switch, right? Well, that’s all we’re doing here.”

“We understand that series fans might find our idea of a health system where nobody dies of a curable disease simply too unbelievable, but we hope you’ll have faith in the magic of exaggeration and just give it a go.”

Theme Hospital lover Guy Benson says he is “cautiously optimistic” about what he calls the game’s “nightmarishly efficient” healthcare system, but he’s willing to give the developers the benefit of the doubt.

“Some of the footage I’ve seen indicates that patients are often attended to within minutes of arriving at the hospital,” explained Benson. “That doesn’t make sense to me, but hopefully if it becomes too annoying the mod community can tweak it to something more realistic, like hours or days.”