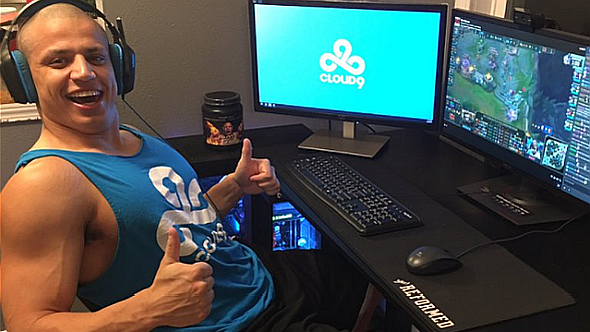 Twitch’s new community guidelines were announced last month, aimed at diminishing harassment and sexual content on the platform. The rules were set to begin enforcement on February 19, but community concerns over the vague terms of the guidelines led to a delay. They finally went into place yesterday, but the new terms of service remain unpopular among certain Twitch streamers.

Among them is Tyler1, who had a wildly popular return to Twitch streaming after being banned from League of Legends for toxic behaviour. The game’s self-proclaimed “most reformed player” had some choice words about the new Twitch terms of service on stream.

“Oh, new TOS,” Tyler says, responding to a question from chat. “I said it before, I’ll say it again: I’m not going to get banned for doing this and doing that. Fuck Twitch, and fuck you guys. All right? Fuck you all. That’s what I think about the new TOS. Fuck everybody.”

Though other streamers have expressed their concerns in, perhaps, more eloquent terms, much of the controversy over the new streaming guidelines stems from the potentially wide reach of the new rules. A recent Twitch blog post reads “Creators are role models and leaders of the communities they create or foster around them. Creators should consider the consequences of their statements and actions of their audiences; we ask that you make a good faith effort to quell any efforts from those in your community to harass others.”

Though the idea is noble enough, streamers like Tyler have been concerned about being held accountable for the actions of their communities, especially with terminology like “good faith effort” seeming too vague given the increased clarity Twitch had hoped to provide with the new guidelines.