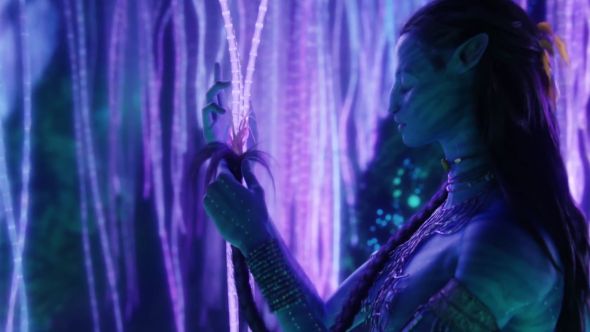 Massive Entertainment, developers of The Division, are working with James Cameron’s film production company, Lightstorm Entertainment, to create a new game set in the Avatar universe.

For everything else due in the near future, have a look at this list of upcoming PC games.

The project is yet to be titled, and Ubisoft say that they currently aren’t even discussing specifics such as genre, but it is going to be a triple-A title that releases on both PC and console.

“It should be the ultimate experience, where you actually go to Pandora and where you can live an alternative life on the moon,” says Magnus Jansen, creative director at Massive. Presumably he’s talking figuratively here, unless the game is going to have one hell of a pre-order bonus…

And it seems James Cameron is fan of Massive’s work – Oscar-winning directors can enjoy collecting loot in a dystopian vision of New York City too, y’know – citing “the power of the Snowdrop game engine, and the team’s passion and obsessive focus on detail” as reasons why “they’re the right group to bring the beauty and danger of Pandora to life.”

If the timing seems strange, what with Avatar having released more than seven years ago now, then clearly you’ve conveniently forgotten that there is not one, but /four/ sequels planned, with the first due to release in December of next year. We’ll then have Avatar 3 in 2020, Avatar 4 in 2022, and Avatar 5 in 2023. It’s the gift that keeps on giving, only that ‘gift’ is really just fairly poor sci-fi movies and their associated merchandise being piped into your eyeballs for most of the next decade. Yay?

Still, it does mean that we can at least speculate on a Holiday 2018 release date for this Avatar game, if it is to tie in with the arrival of the second movie. And if we’re reeeeaally going out on a limb, it could well be an open-world game, with Massive’s associate creative director Ditte Deenfeldt saying that “every player gets to choose how they want to experience this incredible universe.” Colour us shocked.