Over the last two generations, no publisher has invested in vast open worlds quite like Ubisoft. Ever since the success of Assassin’s Creed II, the French behemoth has recognised the powerful allure (and selling potential), that comes with letting players loose on a well-crafted and intricate sandbox. Yet what was once a daring new format has now become commonplace for Ubisoft’s biggest franchises.

Related: for more open-world brilliance, check out the best sandbox games on PC.

Tommy Francois is Ubisoft’s vice president of editorial, and as such is the man responsible for approving and moulding many of gaming’s most memorable worlds. The first thing he makes clear to us is that for Ubisoft, sprawling environments are no longer just a backdrop for their stories – they’re now the main character. “We’ve decided to put all our focus on the world; for us, it’s the hero,” reveals Tommy. “The reason [for this] is we believe [the world] should be a receptacle for all types of talents and activities.”

Viewing gaming as a medium still in its infancy, Tommy goes on to explain that he believes it’s through open world systems and emergent gameplay that videogames can really differentiate themselves from other art forms. “[In videogames] we’ve borrowed so much from other industries,” he ponders. “I think with open-worlds we’re now having to learn what [their] grammar is. It’s difficult, but exciting – it’s a new media.” 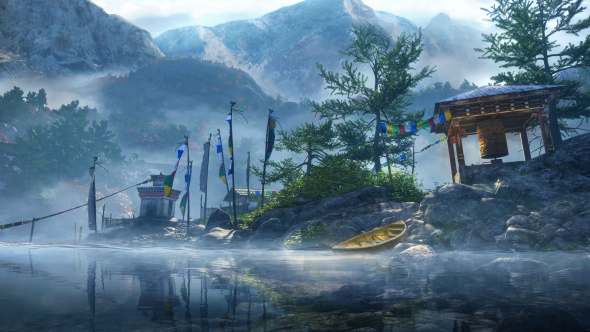 The thing that is most striking about Tommy is his unwavering commitment to authenticity. For him, imitating other mediums and creating what you might /imagine/ a world to be just doesn’t cut it – his teams need to draw from their own experiences. “Many developers spend their time on the internet, watching movies and reading books. These are all fine entrance points to creating a new IP – but [ultimately] they’re someone else’s work,” dismisses Tommy with a frustrated swipe of his arm. “If you only work from these ideas, what you make will be the digestion of a digestion of a creative process.”

A nice soundbite, for sure, but how does this philosophy get in put into practice with the worlds that Ubisoft create?

It all started with Far Cry 4. After agreeing that Nepal offered the perfect setting for their next adventure, the team set to work on crafting its digital counterpart. A year into development, however, Tommy discovered that none of the team had actually visited the country they were going to spend the next year replicating. He quickly sent the core creative team over to Nepal, insisting they truly know the locations they were attempting to recreate. “You can spend two years on Wiki, but nothing beats ten seconds stepping out of an airport,” explains Tommy. “The smell, the signs,the people, the brands… even the pace of life -everything is different, just in that second. You need to go and smell the grass.”

Thanks to their colleagues’ newfound insights from Nepal, the team made drastic changes to the game, completely gutting what were then key aspects of Far Cry 4. Yet it takes hundreds of people to make a game: how could the team learn from the colleagues who went to Nepal without the process falling into Tommy’s criticism? It was crucial that Ubisoft could find a way to share knowledge without losing anything in the process. Something which managed to keep the important details, the stories and the real parts of the team’s experiences. Their solution? Create a digital database platform from scratch. 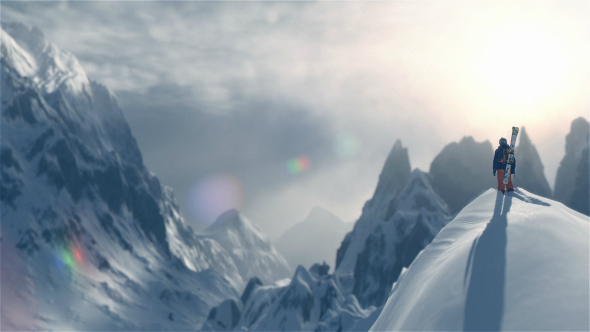 The World Texture Facility, or WTF, is a hugely detailed database, compiling videos, photos, on-location interviews and all the interesting cultural information needed to create a believable world. Everyone at Ubisoft has access to this tool, compiling firsthand knowledge of locations throughout the world, aiming to capture the little things that many other research tools omit. While he’s obviously a tad biased, World Texture Facility (WTF) is a tool which Tommy believes will change how people create videogames.

Since that watershed trip, Ubisoft have ensured that they send as many developers as they can to visit the locations that inspire their work, constantly adding to their impressive database. It’s an incredibly intriguing platform and, interestingly, Tommy doesn’t rule out it being made available to the public. Yet as well as being a tool that helps shape Ubi’s worlds, this new approach actually managed to help greenlight a entire game. Without this policy, Tommy explains that the upcoming alpine adventure sports title, Steep, probably wouldn’t exist. “The creative director Igor said to me, ‘Oh yeah? You want us to travel, to get inspired – well I’m going to actually go and live in the Alps,” recalls Tommy, with a grin. Being Mr Authenticity, he could hardly say no.

Still, Steep turned out to be a proposition that made a lot of sense, sending Igor to lead the little-known studio at Ubisoft Annecy on to bigger things. Without many at the publisher realising it, in this Ubisoft ‘B’ team lay a studio more suited to making a snowboarding game than anyone else. Known for their work on Assassin’s Creed and Splinter Cell’s multiplayer, this studio sat beneath the Alps’ snowy peaks. Ubisoft’s commitment to authenticity allowed Igor to move there and utilise Ubisoft Annecy’s alpine knowledge to its full potential, resulting in their very first original IP. 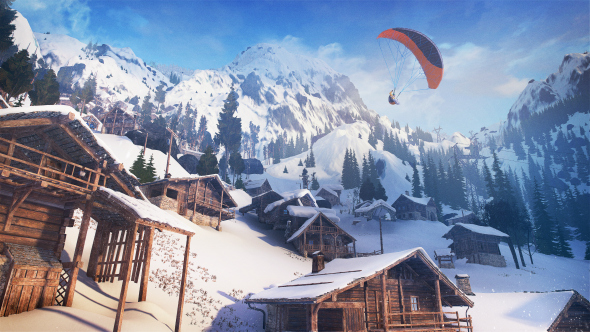 This sense of authenticity has also played a huge role in building the world behind next year’s highly anticipated shooter, Ghost Recon Wildlands. After a few months spent on location in Bolivia, Ubisoft’s research teams quickly discovered a country more complex than their game designers had planned for. “We sent two separate teams on research. One was in the mountains doing anthropology, meeting with the Indians and going down to see the mines, while the other took nine months to prep. We managed to get the team to spend ten days with an elite unit of the Bolivian army. It was a moving experience,” reveals Tommy.

Originally chosen for its varied environments, after visiting Bolivia and releasing the complexity that lay behind it, Ghost Recon became a very different game. Immersing themselves in all aspects of its life, the team soon attempted to capture the country’s violent drug wars as well as the complex and clashing cultures there. Yet it’s arguably this complexity which caused Ubisoft to address its biggest failing.

While Ubisoft’s passion for creating authentic open worlds is admirable, it hasn’t stopped many for criticising them for sticking too rigidly to the same open world formula. “Yes, we get attacked for that,” Tommy says with a sigh. “When you’re working on the games it never /feels/ like [we’re just doing the same] we’re always looking to try new things.” Yet Tommy believes thanks to this authenticity, Ghost Recon will be one of the first titles to really break these conventions. “Ghost Recon is extremely ambitious when it comes to structure. You can play the game in any order you decide to play it.” Tommy pauses. “That’s a big step for us, because it means we have to unlearn everything we knew.” 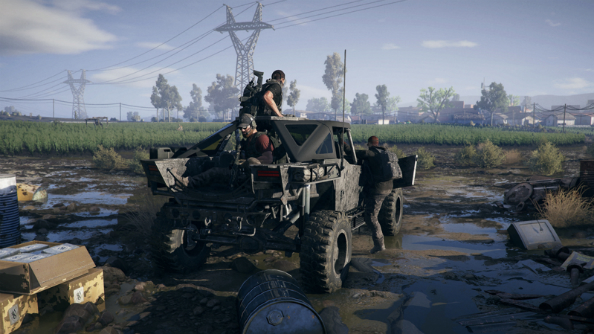 Although Tommy believes that it’s all too easy to fall back into proven and reliable game structures, Ghost Recon will be just the first in a long line of titles offering a new approach to open worlds. “I know a lot about future Ubi games and I don’t think we’ll be accused of that in the future” Tommy hints.

While this could well apply to traditional gaming experiences, Tommy also implies that Ubisoft are keen to continue their recently formed relationship with virtual reality. “Part of the reason we’re putting so much emphasis, so much effort into building these worlds, is because maybe we’ll find other types of uses for them… in the VR space and things like that. We believe that not many people build worlds or simulations. Maybe ten, 15, 20 years down the road, we’ll be [creating] virtual tourism.”

No matter what your thoughts on Ubisoft’s open-world formula, there is no denying the extraordinary lengths their creators are going to in order to craft these sandboxes. With an editor who strongly believes in pushing the medium to its limit and crafting new tools from scratch it’s hard not share their enthusiasm for the future. While we’ll have to wait and see whether all this extra effort leads to refreshing new game worlds in the future, Tommy’s passion for what his company creates feels infectious. Ubisoft aren’t just creating open worlds to have a feature to advertise on the back of a box they’re crafting them because they believe they’re the key to unlocking gaming’s true potential.