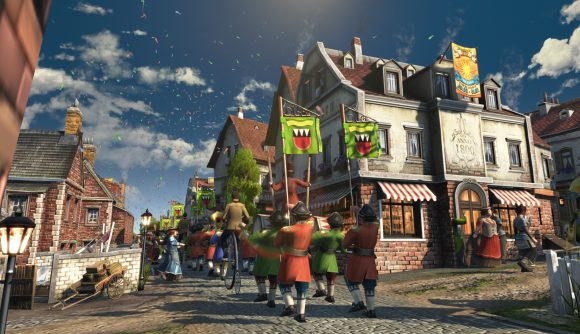 Ubisoft is trying to prevent illegal resales of its games with a new method of selling digital PC game keys. Teaming up with third-party digital games distributor Genba Digital, a company based in the UK, has allowed Ubisoft to develop a process called silent key activation (SKA).

As well as making it harder for illegal game key redistributors to operate, this new selling method should make it easier for customers to purchase Ubisoft’s games on PC. This news comes from GamesIndustry.biz (via PC Gamer), who spoke to Genba CEO Matt Murphy, who explains how silent key activation works:

“If someone goes on a website like Fanatical and buys a Ubisoft product, it will take them through the checkout process, then ask you to enter your UPlay account – if you don’t have one, it asks you to set one up. The game is then automatically activated in UPlay. Fanatical doesn’t get a key, and neither does the player. They just log into UPlay and the game is there, as if they bought it from the UPlay Store.”

How digital game key distribution works now is third-party stores are given huge batches of keys to sell on to customers. Sometimes these keys are acquired by illegal sellers – but by taking the keys out of the process there’s no way for them to interfere. Murphy does note that these unofficial sellers could still operate even with silent key activation, as they could still sell Uplay accounts with games on them, but it’d be much riskier that way as they can easily be caught out.

With silent key activation now in place, Ubisoft is refusing to sell its PC game keys through any third-party marketplace that isn’t SKA approved. Genba has already set it up for ten digital game distributors – including Fanatical and GamersGate – while others like Green Man Gaming have their own equivalent tech in place.

The overarching idea behind all of this is to kill off the grey market. This refers to the unofficial distributors that work by selling big numbers of game keys at a cheaper price than normal. Low prices might be good for you but they don’t benefit the profits of game developers or publishers. That’s why they’re trying to put an end to that.

No money? You can still play the best free PC games

Genba reckons this emerging form of keyless distribution will roll out across other game publishers and marketplaces very soon, adding that it’ll probably be the standard within a year. The next phase on from SKA will be to have no internal key at all, and Genba is working with “another triple-A publisher and platform player” to develop this currently.

That means you should probably start saying your goodbyes to PC game keys. It seems like they’re not long for this world now.