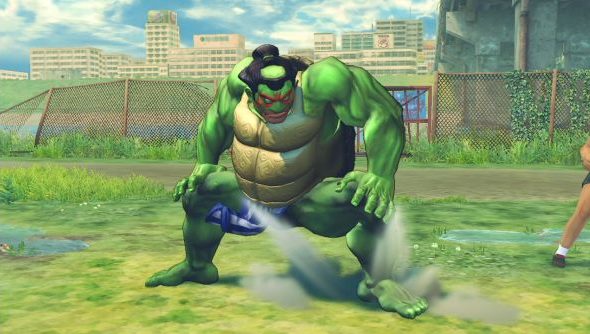 Ultra Street Fighter IV is due to receive a new patch shortly after the Capcom Cup in December. Version 1.04 will bring with it some new features, such as Omega Mode – a mode where every fighter is re-imagined with new moves and abilities. Training Mode Trials that help you learn specific fighters will also be debuting for Ultra’s newest characters, such as Decapre, Elena, Poison, Hugo and Rolento.

Finally, Edition Select will be made available for online play, allowing you to select specific patch versions for each character.

Fighters receive balance changes all the time, sometimes fading them out of competitive play or instead injecting them into the current meta. Edition Select allows you to select any one version of a fighter from any previous version. Since it doesn’t really have a place in serious competitive matches, it’ll only be available through unranked matchmaking.

Similarly, the new Omega Mode will only be available in unranked too, but that’s because it’s truly bonkers. Capcom have “re-imagined” every Street Fighter character, giving them new movesets and abilities; they’ve even changed some of their normal and basic attacks. The idea is to give a new feel to each fighter for seasoned and new players alike; with an emphasis on “fun”.

A feature the community has begged for is the implementation of the training mode trials for the newest roster of fighters introduced with Ultra Street Fighter IV. Well the good news is that they’re coming; even older fighters will be receiving an updates to theirs too. As someone who’s trying to learn Decapre, I can’t wait to start practicing those combo trials.

The update doesn’t have a hard date on it yet, but Capcom have stated that it will “land shortly after the Capcom Cup”, which takes place on December 13th.