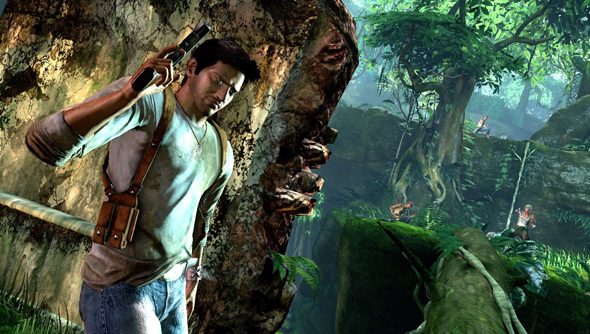 When Drake-wrangler Amy Hennig left Naughty Dog in early March, her destination was undecided. It seems reasonable to assume that countless top developers courted her in the following weeks, but something drew her to Dead Space types Visceral – and not just her former working relationship with VP Steve Papoutsis. Can you guess what it was?

“We happen to be making a Star Wars game,” said Papoutsis.

For the past umpteen years, Hennig has been writer and creative director of the Uncharted series – the PlayStation action games which, evolutionary dead ends though they are, boast gaming’s best blockbuster dialogue.

Before that, though, she worked with Tomb Raider lot Crystal Dynamics – alongside Papoutsis.

“As both a colleague and friend, I’ve always admired her approach to creative development – focusing on nailing down the soul of a game first, and then making sure the writing, the gameplay, the design and the art comes together to form a unified, interactive experience for the player,” said Papoutsis in a statement.

“This fits in perfectly with what we’re trying to do here at Visceral and Amy’s going to help us continue in our pursuit to make the most thrilling, immersive games in the world.”

In recent weeks, Papoutsis and Henning have considered “a lot of different directions” for her first project.

“But I could sense that what really excited her about this opportunity (because let’s face it, we weren’t the only ones knocking at her door) was Star Wars,” said Papoutsis. “Amy’s a huge fan. Just thinking about the possibilities made both of us even more excited about having her join the team.”

In March, Sony released an appreciative-but-downplayey statement to reassure fans that “the development timeline of Uncharted will not be impacted”. But the move is a net win for PC gaming, which previously benefitted from 0% of Hennig’s time. This is something to celebrate, no?