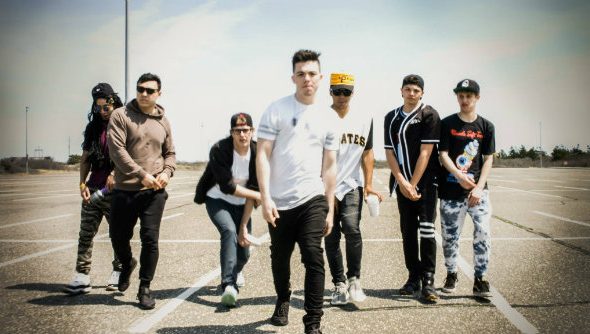 Dominate with your clan in our list of the best multiplayer games.

The eSports team say they raised concerns during the WESA press conference about the product not being ready for public release, adding that they were worried about a lack of North American leagues, teams and players. FaZe feel that their concerns weren’t properly addressed by ESL and WESA. Instead they received a vague response from the organisation.

“After the WESA press conference, we raised the same concerns again and it was the first time we saw the external messaging and communication from WESA – and it concerned us,” FaZe said. “It doesn’t lack big metaphors of what it could be, but it lacks transparency on how to get there and that is the main reason for why we are leaving WESA.”

This stance could possibly change, but FaZe say they’re unwilling to back WESA in its current form. FaZe were offered a $150,000 sign-on fee, but they neglected to pick it up.

FaZe, a North American organisation, is made up of a mix of European players, and they felt like joining WESA would grant them a foothold in the European CS:GO scene.

“We joined the CS:GO scene a few months ago,” FaZe continue. “We’ve had a blast so far and becoming a part of this scene has led us to a lot of new friendships. It’s also been stressful and at times very frustrating. CS:GO is also growing so fast, and along with that comes a lot of forces and opportunities. One of these opportunities was WESA.”

ESL responded with the following statement: “Creating an association such as WESA from the ground up is an immense undertaking for all involved parties and something that requires enormous commitment of time and effort. While we regret the fact that FaZe has decided to take this step and are disappointed to see them go, we understand and accept their decision to put their current focus elsewhere.

“WESA’s next important steps surround players and overall more tangible rules and structure. This includes an election of the Players Council, the appointment of players in the Executive Board, the formalization of the Arbitration Court to prevent future wrongdoings between teams and/or towards players, and expanding the number of members of the association.”