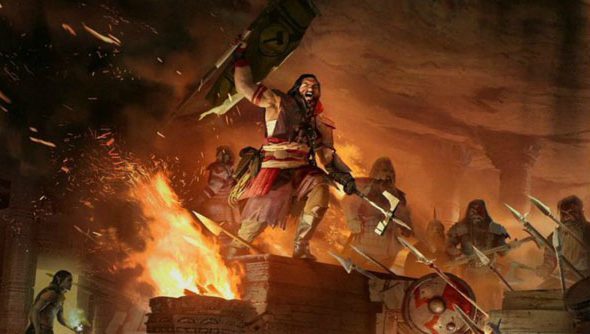 As OtherSide Entertainment’s Underworld Ascendant enters its last 24 hours of fundraising on Kickstarter, it has been announced that the $750,000 milestone has been reached. This unlocked the stretch goal of Lizardmen, meaning the scaly race will be present in the final game.

Alongside the Lizardmen will come the area of Dire Grove, which is home to the swamp willow; a tree that grows fluorescent fruit rich in magical power. It’s also the natural home of the Lizardmen, so expect to see them prowling beneath the boughs.

With just under 24 hours left of the Kickstarter, the next goal to meet is $775,000, which will add the Necrotic Graveyard to the game’s Stygian Abuss region. If players are feeling particularly generous, before time’s up the project could even hit the $800,000 milestone, which will add Companion Creature pets to the game, which will be able to help out in both combat and adventures.

If you’ve yet to back Underworld Ascendant and wish to support the project, make sure you do so today. It’s your very last chance.