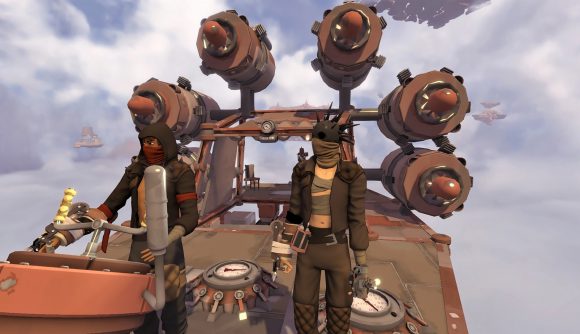 January 11, 2019 Unity has responded to Improbable’s claims about their relationship, and while SpatialOS has been cut off the engine maker says developers shouldn’t be concerned.

Today, SpatialOS developer Improbable put up a blog post saying that Unity had ended support of that tool and others like – which essentially meant that games using cloud-based multiplayer services were under threat of shutting down. Now Unity has responded to those claims, saying that Improbable’s rundown of the situation is incorrect, and that developers using SpatialOS are free to continue development.

In the blog post, Unity says that the dispute with Improbable has been going on for some time. “More than a year ago, we told Improbable in person that they were in violation of our Terms of Service or EULA. Six months ago, we informed Improbable about the violation in writing. Recent actions did not come as a surprise to Improbable; in fact, they’ve known about this for many months.”

Unity says it never contacted any developers about shutting down their SpatialOS games, and titles in production using the tool should not be affected – though some developers are concerned about how that can be the case if SpatialOS is no longer actively supported. Further, Unity says that “If a game developer runs a Unity-based game server on their own servers or generic cloud instances (like GCP, AWS or Azure), they are covered by our EULA.”

The engine maker continues, “we believe that even though Improbable is violating our EULA, game developers should never pay the price for that. We have been clear with Improbable that games currently in production and/or games that are live are unaffected, and we would have expected them to be honest with their community about this information. Unfortunately, this information is misrepresented in Improbable’s blog.”

Shortly before Unity’s response, Improbable posted a somewhat apologetic follow-up to its original post. “We apologize that this event we instigated has created so much uncertainty, confusion and pain for so many developers who really do not deserve this.” This post stops short of retracting any earlier claims, but does put culpability for the effects of the situation on “both sides” of the disagreement.

Improbable concludes that new post by saying “Ironically on closer examination our *own* terms of service have just as many weaknesses and potential future problems as those of other parties that have received criticism today. Something we have decided to rectify.”

This all started with Improbable’s original blog post, which said “Unity has clarified to us that this change effectively makes it a breach of terms to operate or create SpatialOS games using Unity, including in development and production games.”

That left developers using SpatialOS and Unity in a great deal of distress. Lazarus developer Spilt Milk reports on Twitter being told that servers would be shut down today as a result of the dispute, but the deadline came and went without any action.

Worlds Adrift developer Bossa Studios also made a statement to fans on Twitter, but never mentioned an immediate threat of shutdown – in fact, the team received a contradictory message from Unity. “Whatever is happening in the background outside of our control, our focus is ensuring players are looked after and your memorable experiences in the game are protected.”

A story from Ars Technica also toward plenty of concerned chatter on the Unity forums. AtomiCal, a developer using SpatialOS, writes “I woke up to a message essentially pulling the rug from under my feet saying that I can’t do that anymore. Unity won’t let it happen.”

While SpatialOS is currently the most public tool affected by this change, the vague wording in the TOS leaves the door open to much wider – and more distressing – lockdowns for Unity devs. Tim Sweeney, boss of rival game engine maker Epic, tweets that “you couldn’t operate Fortnite, PUBG, or Rocket League under these terms.”

We’re currently trying to reach out to Unity for further information on what’s happening. The company’s community manager tweets toward developers that a more formal reply is coming “soon.” In the meantime, those who’ve been building games using SpatialOS – or tools like it – are left uncertain over whether they’ll be able to continue making their games in Unity.