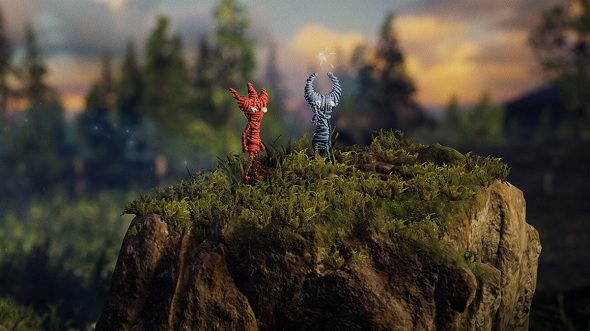 It’s not unfair to say that Yarny, the adorable protagonist of Unravel, is more memorable than the game itself. While brimming with charm and propelled by a heartfelt storyline about love and loss, the platforming in the 2016 game is forgettable, and at times unpolished. It is my pleasure, however, to inform you that Unravel 2 is an absolute joy to play.

Starting on a dour note, Yarny is caught in the middle of a dramatic storm, only to be washed up in a mysterious place among the wreck that was once his ship. There, he finds a friend who is, peculiarly, also made of yarn. It’s at this point that Unravel 2 becomes a magical experience.

Need to get closer to someone? Try out the best co-op games on PC.

In the first game, Yarny’s tether meant he could only move as far as the thread that made up his body would stretch. In Unravel 2, your blue friend is the tether point – who is played by your co-op partner. It’s a fundamental change to how the game works, because your tether point is no longer stationary but can move around the environment.

By fully embracing couch co-op, Unravel 2 is an experience that emphasises connection between players – much like how the two Yarnys are tied together by the threads of their bodies. Communication is essential to tackle the game’s new challenges, with puzzles requiring you to build bridges, trampolines, and swings in order for you and your partner to progress.

There’s an attempt to further reinforce that camaraderie through slice-of-life setpieces that unfold in the backdrop as you play. This tangential story mirrors that of the two stringy companions. It focuses on the loneliness of two children – also dressed in red and blue – before they find each other and experience happier times. It’s told through ghostly renders and feels like surplus as it delivers the same message of connection and friendship in the foreground. I found it difficult to become emotionally involved in such an opaque storyline.

Fortunately, there’s enough warmth to be found in how Unravel 2 uses co-op challenges to bring people together to make up for its weaker parts. You are never tempted into pranking or sabotaging your companion; you are instead encouraged to support each other throughout. If one player falls during a platforming section, it’s easy to use the connecting string to pull them up, which motivates experimental play while not deterring those who struggle with the game’s controls. 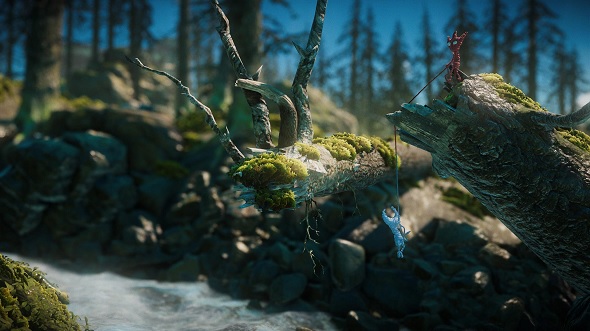 This friendly design makes Unravel 2 great to play with children, as well as partners and friends who don’t play games. It helps that the levels are more beautiful than ever, with adoringly sculpted forestry and urban environments that, thanks to Yarny’s tiny stature, are viewed from a microscopic perspective. The attention to detail that results from this shrunken perspective is almost distracting in parts (not in a bad way), and I often found myself putting Yarny in danger just so I could admire the exquisite scenery.

While Unravel 2 is so obviously designed for co-op, I was surprised its solo play was also rewarding and intelligently designed. For starters, you can swap between the two yarn creatures at will, freezing their actions in place so you can easily navigate the trickier puzzles. But, beyond that, you can easily switch between co-op and solo play. You can even carry your companion through sections by giving them a piggyback ride – if they stick together long enough, the pair will merge as one like an adorable Frankenstein’s Monster. 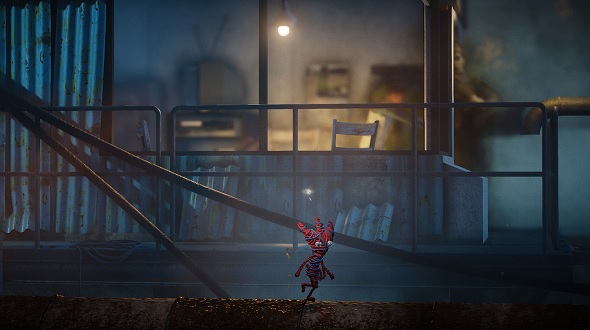 Where Unravel 2 excels, then, is in bringing everything together. That extends to its level design, which sees puzzles, platforming, and exhilarating chase sequences stitched together seamlessly. The momentum and speed built as you leap across chasms and execute perfectly timed jumps showcases the game mechanics at their best. There’s a sense of constant progression that ensures Unravel 2 feels like much more of an adventure than its predecessor.

And if all this has you worried Unravel 2 might not be difficult enough, it also features 20 optional challenge levels for you to tackle, containing some seriously demanding platforming skills and puzzle solving acumen.