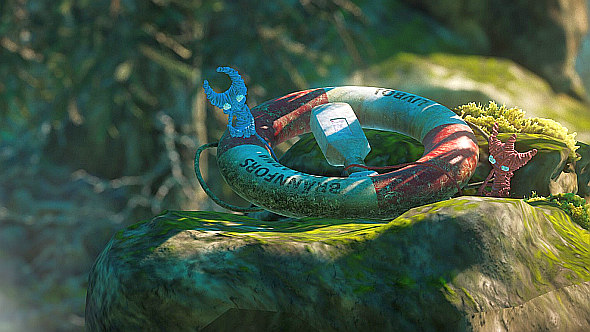 EA’s charming platformer Unravel has a sequel, cleverly titled Unravel Two, and it is available to buy on Origin now.

It will destroy your character’s yarn – which symbolises love and interpersonal bonds – right at the start, but players will soon form a new bond with a second character. The entire game has been designed to be played with two characters, and that means co-op.

You can still play solo, in which case the second character’s yarn will merge with your own. You’ll then be able to unravel – heh – the two from each other and control them independently to solve puzzles.

For more bright ideas and big dreams, check out the best indie games on PC.

EA exec Patrick Söderlund closed Unravel Two’s presentation at EA Play with the exciting news that it would be available to play today. Looks like he was true to his word as the game is now available on Origin – click here  to buy it now for $19.99 or £17.99.

In a press release, EA promise the game will offer “an evocative story filled with energy, intrigue, and inspiration, as well as ominous threats.” You’ll also be able to unlock customisation of your ‘Yarny’ by helping other players.

“Unravel Two is about the new bonds that form when we cut ties to the past,” says Martin Sahlin, creative director at developer Coldwood.

“Like Unravel, it is a deeply personal game for the studio and our passion and life experiences are intertwined in the fabric of the journey players and their Yarnys will embark on. Unravel Two is about the unbreakable bond between friends and how hope and love can make the world around us a better place.”