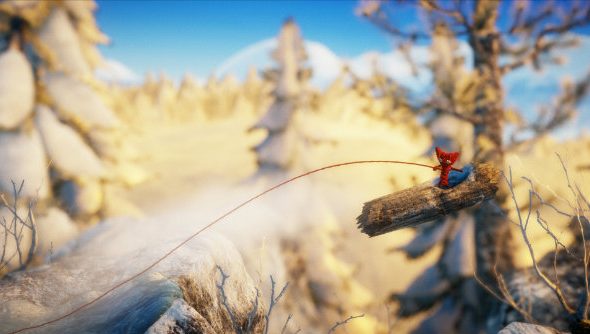 Unravel was quite the surprise when it was announced – a 2D platformer where you control an unwinding creature made of yarn, published by EA. Though it fell short of many expectations, there was still a lot to love about it, including that charming art style that contrasts our unraveling hero, Yarny, against real-world locations. Well, it appears it’s time to spin another yarn.

That’s right,EA are giving Unravel developers Coldwood another chance to knit together something special. “Earlier this year, we released Unravel, a one-of-a-kind, physics-based puzzle platformer that captured the hearts of players around the world,” executive vice president of EA Studios Patrick Söderlund wrote on the EA blog

“The awesomely creative development team at Coldwood Interactive brought tiny, endearing Yarny to life. And since then, it’s been quite incredible to see the community’s love for Yarny, both in the game and beyond.

“At EA, we love working with creative and passionate development teams, in our own studios and our partners. Which is why I’m very pleased to announce that we’ve signed a new agreement with Coldwood to work with them on their next project.”

While the statement makes no mention of Unravel 2 specifically, PC Gamer reached out to EA, who responded“this will be for the next Unravel.”

We’ll update as this unravels.