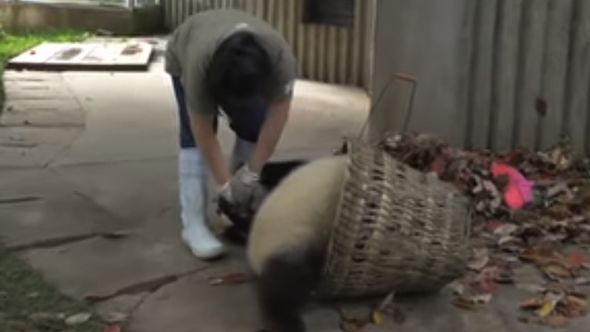 Untitled Goose Game is already looking to be one of the best things of 2018. It charges you, playing as a goose, to break into a gardener’s allotment and mess up his day, knocking over rakes, stealing trowels, and, of course, honking aggressively. What more could you want from a videogame?

We covered an early video of House House’s Untitled Goose Game in October but in a recent talk at Fantastic Arcade the team explained some of the inspiration for the game.

Originally designed as a stealth game, the team found there was something about the dynamic of a goose trying to trick a gardener, who is just trying to go about his day, that was intrinsically funny. That’s when they found the video of the woman trying to sweep up leaves in a panda enclosure:

As the developers say in their talk at Fantastic Arcade, “it’s infinitely funnier to bother someone whose job it is to put up with you.”

Hopefully, we’ll see this setup act as a template for future games from House House. Maybe have a badger bother a babysitter, or a marmoset mess things up for a midwife. There are certainly legs in an aardvark getting loose in an accountant’s office.