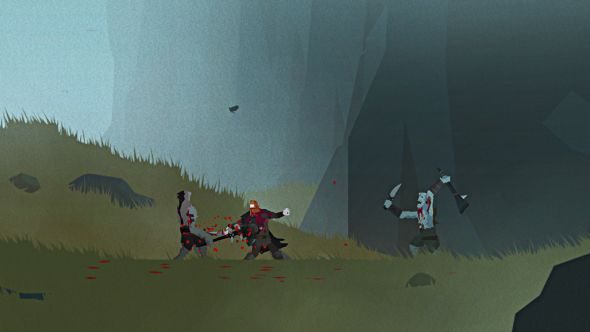 About as far from E3’s stylish glitz and LA glamour as can be, Unto the End stars a vengeful bearded chap exploring and sword-fighting his way across desolate landscapes to avenge his family. It’s the first outing for the partnership of little-known studio 2 Ton and brand new publisher Digital Uppercut.

After something bigger? Here’s everything we’ve seen at E3 2017 so far.

The video above should tell you how it looks (nice, I thought), but it’s pitching gameplay at the hardcore and the skill-focused. While it will be single-player only, the developers call out For Honor as one of their inspirations in creating fights that are more complex than smashing light attack until the enemies fall over.

2 Ton also mention Inside as an inspiration for its dark storyline and bleak world. Quite the goals to set, but here’s hoping they pull it off. Multiple playthroughs are apparently encouraged by various divergence points throughout the storyline.

Digital Uppercut had a second game to show, the equally bloody but more space-based Valfaris, which comes from the folks behind the gory Slain: Back From Hell. You can see a glimpse of that below.