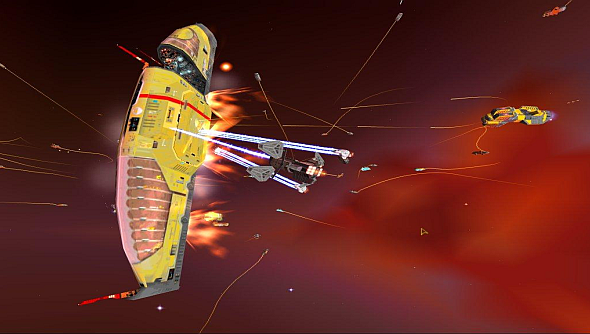 Following the recent announcement that teamPixel lost their bid to acquire the Homeworld IP from static limbo, both Paradox and Stardock have also revealed they were outbid as well. The mysterious winning bid won’t be revealed for a few weeks, hopefully going to someone who has great plans for the series.

Fredrik Wester, CEO of Paradox Interactive was the first to reveal their position in the bidding war:

We finished 3rd in the Homeworld auction; I would have loved to work on that IP but wish the winners all the best and hope for a great HW3

A short time later the founder and CEO of Stardock, Brad Wardell, also revealed they were outbid as well:

We didn’t get the Homeworld IP. We were the second highest bidder. @pcgamer @fiddleclub @agenttinsley @logandecker