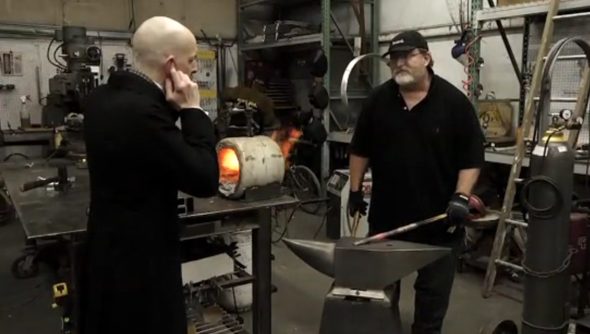 Talking to Engadget, Valve’s Jeri Ellsworth, who appears to be just about as close to the head of Valve’s Hardware department as anyone is ever likely to get, has stated that the first beta for any Valve Hardware could be coming as soon as next year, although it won’t be the massively exciting ‘wearable computing’, but instead something “to make Steam games more fun to play in your living room.”
Wild speculation below the jump.

The idea is that, now we’ve got Big Picture mode making playing games in your living room on your PC a very attractive proposition, we’ve still got to deal with the mouse and keyboard being pretty suboptimal when you don’t have a flat surface to put them on. And while the 360 controller is fine, it’s also only good for so many games. So it wouldn’t be a massive stretch of the imagination to think that Valve might be trying to find a halfway house between the two, where you’ve got the comfort of a controller and the versatility of mouse and keyboard.
Which, if it works, would be a revolution in how we interface with our PCs. In the twenty years or so that PCs have been a staple of the household, the keyboard and mouse have barely evolved. The scroll wheel was a pretty big thing, when it came along, so if Valve can figure out a way to have something you can sit on your sofa and use but allows you to manipulate things as you would with a mouse, I’m going to be pretty impressed.
And, I imagine, so are Sony and Microsoft. Whole genres of games have been almost entirely ignored by consoles because they pretty much require a mouse to use properly. Being able to play Dota on the sofa and shout at people at a safe distance from the television is something I’ve only had dreams about. Shouty dreams.
Next year, then, although it’s more than likely we’ll find out a fair amount before then, as Jeri Ellsworth has been well known to document and broadcast what she’s working on over on Youtube.