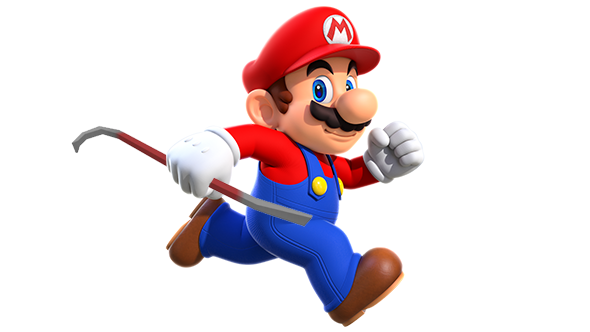 According to Gabe Newell’s son, the Valve founder travelled to Japan during the Wii U era to meet with Nintendo about a joint venture “that ended up not happening.”

In another potential deal, rumour has it that Microsoft are looking to acquire Valve.

Speaking on a stream with Valve News Network’s Tyler McVicker, Newell’s son, Grey, revealed that he had played Mario Galaxy with game designer Shigeru Miyamoto while he and his father were on a trip to Japan.

If you jump to 2:22:15 in the stream you can hear Grey explain that they were visiting Nintendo because “my dad was talking to him [it isn’t clear whether Newell is referring to then president Satoru Iwata or Miyamoto] about some joint project. I think it was about the original Wii that ended up not happening.”

At this point, McVicker jumps in asking if Grey should be talking about it, but he replies saying it’s fine: “This was like probably seven years ago. It was super casual.”

McVicker doesn’t push Grey on the subject, but this lines up well with something Gabe Newell said back in 2011. Speaking to Joystiq, Newell said, “Wii U seems to be a lot more powerful than the previous generation. It sort of fits better into the scalability in terms of graphics performance and CPU performance, so I think it’ll be a lot easier for us to fit it into our scalability model.”

Whether these remarks were made before or after Newell met with Nintendo, it sounds like there was a time when Valve was looking to develop games for Nintendo’s console.