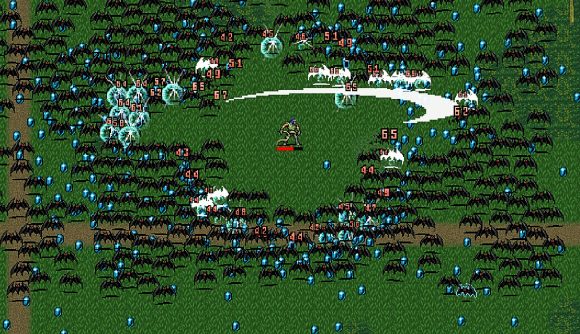 Vampire Survivors is in for some superb additions next week. Developer Poncle has shared its plans for patch 0.3.0, though some goodies are still in the works, so they might not make it into the update.

The run-based roguelite game could be getting a new character, weapon, and weapon evolution, though the developer is still working on them, so they might not make the patch. Further details aren’t available just yet, so sit tight. Poncle reckons that patch 0.3.0 will release on March 1 or 2, so you won’t have too long to wait and see regardless.

What we do know, though, is that we’re getting three new achievements to unlock: a new stage that includes fresh enemies and events, a hyper mode for the stage, and one new game mechanic to keep things fresh. Antonio is also getting an armour and health bonus, Gennaro and Sour Clerici are getting a health boost, and Krochi will be swifter. Alongside some minor optimisations, we’re also getting tentative fixes to stop the game freezing on startup after using localisation mods or on character selection after save data corruption.

Here are the patch 0.3.0 notes as they are at the time of writing:

Work in progress (might not make it for this patch):

Vampire Survivors is having a grand old time right now. As per SteamDB, The roguelite recently hit a new concurrent player record on Steam with 77,061 players. For more of the best new PC games, you can follow that link.