Paradox Con 2017 just wrapped up in Stockholm, and there have already been lots of exciting announcements about the ambitious strategy publishers’ coming plans. Some of these should concern the intellectual property of White Wolf publishing, which includes the 2004 cult hit Vampire: The Masquerade – Bloodlines, so we asked Paradox CEO Fredrik Wester about that very subject.

Itching for a PC classic? Check out the best old games on PC.

Apart from the fact that they now own VTMB, many of the leads on that game now work at Obsidian, with whom Paradox have collaborated before.

“Yeah, on paper that’s a really good match,” says Wester. “Of course, sooner or later, people will want a follow-up to Vampire: The Masquerade – Bloodlines… and when the time is right I guess a sequel will find its place in the market. But it’s too early to say anything about that right now.”

Paradox bought White Wolfin 2015, but it’s clear that they are taking their time making games based on their IP. Wester accepts this, saying they don’t want to announce anything too early for fear of disappointing fans, “but things are coming – that’s not a secret. There’s no use buying such a rich catalogue of IPs just to be sitting on them another ten years.” 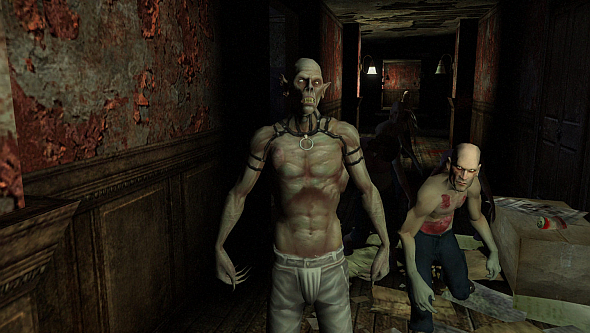 We ask about Werewolf: The Apocalypse, a forthcoming videogame adaptation of White Wolf’s tabletop RPG, which is due to be published by Focus Home Interactive.

Wester stresses that White Wolf are “very much independent from Paradox. They have their own team, their own CEO, and they pretty much run the business. And we have a lot of contact, but we’re not stepping on each other’s toes.

“The deal with Focus, I just heard about. They were like ‘we’re making a deal with focus, and it’s an RPG, and it’s a Werewolf game,’ and I knew just two weeks before the announcement. I don’t even know what it’s about. Sounds a bit sloppy, but I have full confidence in the White Wolf team that they’re going to deliver the right stuff.”

How’s that for a hands-off management style?

If all this talk of Vampire Bloodlines has got you nostalgic, the original is available on Steam here.