Players have been modifying shooters to simulate the Great War since they gained access to rifle damage values, and Wikipedia’s list of World War 1 videogames extends back to 1980 and Red Baron.

But BlackMill Games reckon theirs is the first standalone multiplayer FPS set in a realistic rendering of the First World War. The squad shooter has clambered out of Early Access today and stuck a 10% discount flag in its Steam page.

Players have awoken in the trenches to find themselves on a new part of the Western front – Aisne, where three incredibly costly battles were fought at various points throughout the war.

For the most part, however, the river was held by the French – and is unique in Verdun for its relative greenery. It’s an environment “as of yet unspoiled by the ravages of war”.

The end of Early Access means the beginning of work on a number of free “thematic expansions” for Verdun – including Belgian and American troops for the Entente faction, and special German troops for the Central Powers. Here’s the road to (more) war: 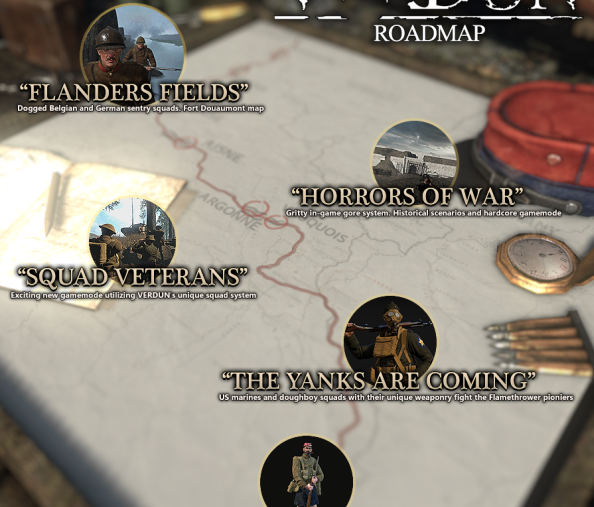 “Early Access gave us the opportunity to build up a community and in turn realize the potential of our game together with them,” said co-producer Jos Hoebe. “This is what we could only dream of and we’re very grateful for the players that stuck by us during the development process.”

Have you shipped yourself out to the front yet?