At what sort of pace is gaming moving towards more sophisticated and diverse depictions of humans? Do the stylised heroes of the modern medium affect how we feel about our own appearance? And will there ever be a shooter made in which the protagonist has a body fat percentage above 15%?

These are the questions that periodically surface in the conversations of the industry’s opinion-havers, influencers, content creators, and self-facilitating media nodes, but they tend to do so when yanked by the earlobe into the spotlight by a recent controversy. Scrutinising creative decisions is central to game criticism, but when it occurs in the wake of some universally condemned booboo, the conversation tends to be short and one-sided.

Next up, we take a look at the character designs that have come to define 2007.

What happens when we examine the evolution of game character design over the years without the contextual frame of an ongoing PR disaster? As someone with an ever-more infatuated eye on old PC games, I find myself constantly drawing vague conclusions about the industry’s trajectory in passing, without going back to properly examine how things were. It is easy to call upon hazy memories when trying to prove a pre-supposed point. But lacking is any scientific method to, for example, ascertain whether the female form is administered as a titillation device any less now than it was 20 years ago.

With all that in mind, let’s look at prominent character designs from three separate years, each a decade apart, and see how they measure up against each other. Perhaps identifiable trajectories will emerge, or perhaps objectification of both sexes will remain a depressingly stagnant constant. There is only one way to find out: looking at and playing an enormous pile of games. 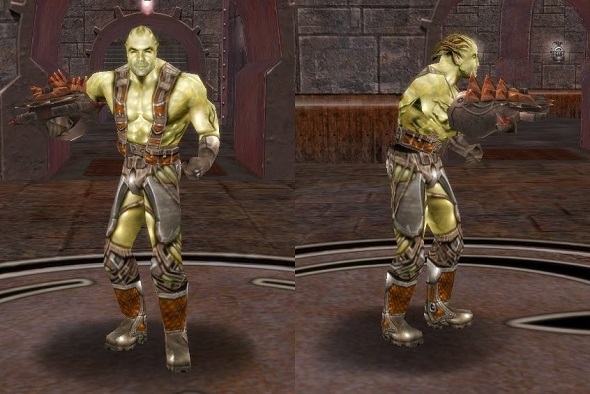 The striking thing about 1997 in PC gaming is how seldom a brand mascot protagonist can be found among the big releases. The developers of Quake II, arguably the year’s biggest release, had no desire to make a star of their player-character, Bitterman. He does not feature on the box, nor in any press screenshots for the game. For years afterwards there was plenty of speculation (read: arguing) about who the protagonist even was. By 2017’s standards, it is an unusual creative decision not to anchor the series around a recognisable character.

Several other of the year’s big releases existed without an identifiable lead character: Grand Theft Auto, Total Annihilation, Fallout, Age of Empires, and Riven all found their audience on the basis of their concepts instead of their characters. While the Mario and Sonic school of cuddly mascot marketing was still in its prime on consoles, PC games that put their characters at the forefront were relatively rare. 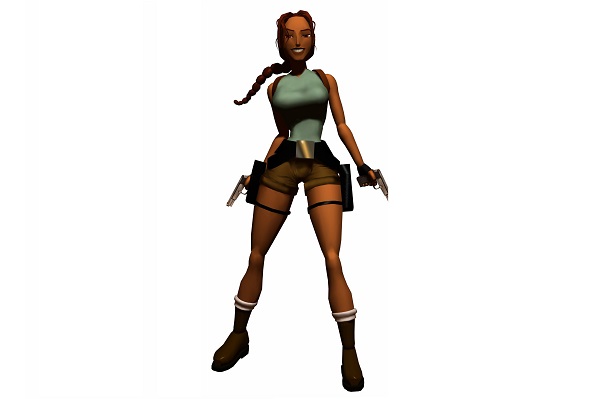 Tomb Raider II is the most famous example of a game that very much brandished its protagonist as a selling point. Lara Croft stuck out in 1997 not just for having a bra size that tested the very limits of anatomical possibility, but simply for being a woman. Core were able to get away with such a sexualised female character design because it was depicting an empowered woman in other respects. Lara Croft was a go-getter capable of achieving success in a man’s world – athletic, smart, and never finding herself in need of rescue by a dimple-chinned hunk.

Some of the mid-’90s Girl Power sentiment evidently made its way into Core’s Derbyshire offices – just not as far as Lara’s breast size slider. Legend has it that artist Toby Gard simply typoed Lara’s boobs, increasing their size by 150% instead of 50%. The new accidentally buxom Lara met with such approval from the rest of the team that no-one ever thought to rectify the mistake. That’s the story, anyway. This news post from 2000 reads like something between a tin-eared marketing stunt and an April Fools’ gag, so who knows how much truth is in it. 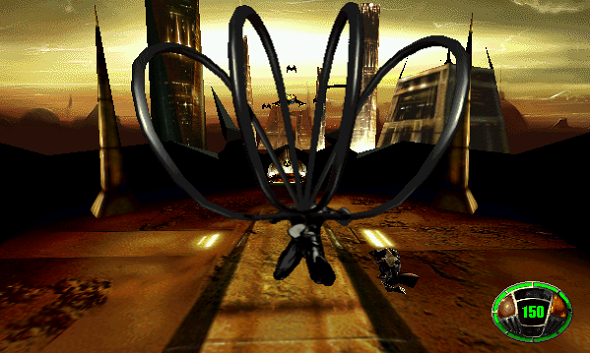 Lara is a useful touchstone in character design, because she has been iterated on numerous times and has changed dramatically in appearance to suit the tastes of the time. Crystal Dynamics’s take on her includes smaller boobs and fewer figure-hugging outfits in 2016’s Rise of The Tomb Raider, which is an articulate indicator of how sensibilities have changed since her inception.

One of gaming’s strangest lead character designs of all-time can be found in MDK’s Kurt Hectic. Resembling a hammerhead shark designed by H.R. Giger, his bizarre bondage-meets-biomechanics attire is surprisingly utilitarian. Those coils on his back form a parachute, he seems to have a chaingun built into his arm, and that anvil-like head has a sniper rifle fitted. Somehow. He is certainly distinctive enough to work as the face of the series, but despite spawning a well-received sequel the series’ overall sales figures suggest his design was too weird for it to find broad appeal. These were the days before the long tail, unfortunately for Kurt.

In Guybrush Threepwood, the returning star this time operating as the unlikely hero of The Curse of Monkey Island, we see another example of a beloved character with a fluid visual identity, like Lara Croft. This 1997 version of Guybrush’s redesign comes from technological necessity rather than cultural imperative, though, making a long-awaited jump from low-res pixels to a timeless 2D animation style that still has the capacity to wow in the present day. In the fullness of time, Guybrush would evolve in the direction of the traditional leading man – designer stubble, ever-stronger jaw, ever-more lustrous hair. But here, in 1997, he looks just as much the out-of-his-depth everyman. If the thought of 1990s gaming heroes only conjures images of Duke Nukem et al – and I will admit that it does for me, at times – it is worth remembering the part Guybrush Threepwood played in this decade.

Counterpoint: Lo Wang. Shadow Warrior’s hero is one of the only non-white prominent characters to be found in the year’s releases (Native American Turok joined his ranks that November), but Shadow Warrior isn’t a great example of racial diversity for the era. Its reductive depiction of Asian culture and Engrish-ridden dialogue simply would not be tolerated today, as is evident in the tonal shift of its 2013 and 2016 descendents. 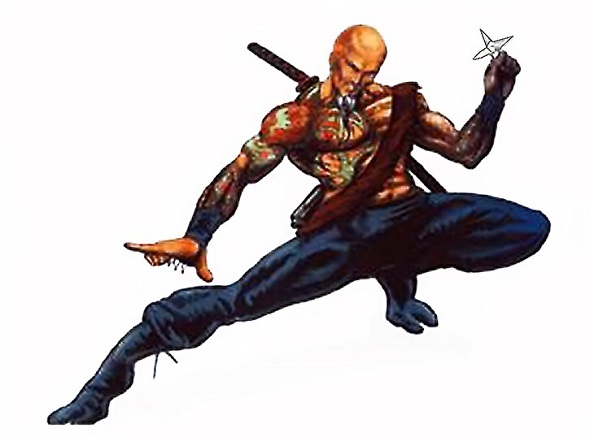 Visually, Lo Wang falls in line with the era’s template: masculinity dialled up to 11, with more oblique muscles than any human being ought to have, and vascularity levels otherwise only found in the wildest fantasies of protein-chugging gymbros. He is a reminder that Guybrush Threepwood found himself very much in a minority at the time, and that super-XL biceps were mandatory for action game characters in ‘97.

In part two of this three-part series, we take a look at character design in 2007, taking in the likes of Crysis, BioShock and Half-Life 2.