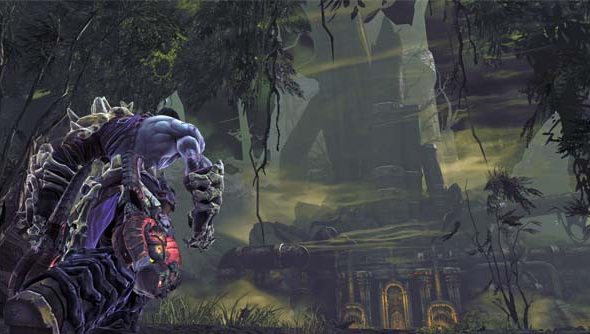 Vigil Games’ cofounder and creative director, Joe Madureira, has left the Darksiders developer to focus on “banging out a bunch of comics” and another, secret, project. In un/related news Vigil began teasing a new release for Darksiders 2. More on this all below.

“Farewell and best wishes to all my brothers and sisters at Vigil Games! After 7 long years and 2 hit games ( Darksiders BABY! ) I’m afraid the time has come for me to move on to new adventures. I could not be more proud of what we achieved, or the awesome people who helped build up this studio. I can safely say Vigil’s future is in very good hands, so expect only awesomeness down the road. This feels surreal…I miss the place already.”

Which was shortly followed by “I’ll be talking more about ‘The Next Big Thing’ in the coming months, but in the short term, I’m focusing on banging out a bunch of comics. Which should hopefully sate your hunger, you bloodthirsty savages!!! (*believe it or not that’s a term of endearment. )”

Eurogamer then spotted this appear on the Vigil Games Twitter page: Could this be new DLC? Why am I phrasing this as a question? Is there doubt that this will be DLC? I mean, yes, we don’t have proof but it’s hardly going to be the first of a ‘Death out and about’ picture series.

We’ll keep you updated when we know more.