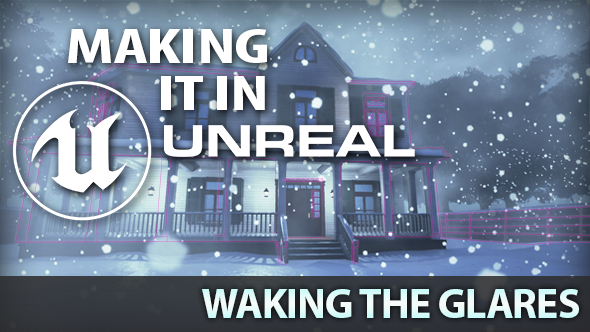 In Waking the Glares, a book has messed up your life. It’s a familiar scenario for anyone who persisted with A Song of Ice and Fire long enough to suffer the Red Wedding. But in this case it means wandering in first-person around a fragmented universe where time and space have become twisted. To wake the glares means to find answers – and developers Wisefool Studio have had to find some of their own over the course of a challenging production.

One of those answers was ‘mannequins’. But there’s a bit more to it than that. 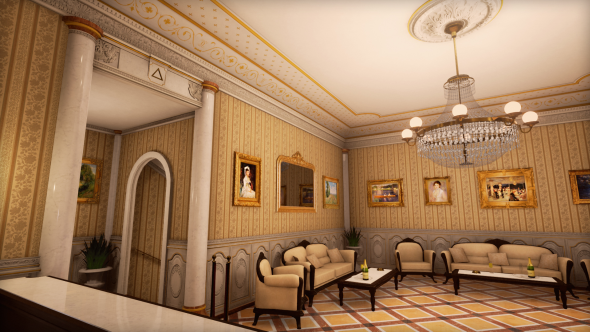 One of the most visually striking aspects of Waking the Glares is its NPCs. As the player wanders around an approximation of Paris in Chapter 2, they encounter plenty of people. Some wear hats and fascinators, others sport canes, and still more lean against the walls of the old city and smoke. But all of them, without exception, are wooden dolls.

“It’s an artistic choice because we find that we have a connection with this guy,” explains programmer Vittorio Messina. “We want to communicate to the player that the main character doesn’t have an identity. And the first thing that happens when you lose your identity is that no-one has a face.”

More pertinently, however, it’s also a clever compromise – a sensible aesthetic choice that has allowed Wisefool to deliver the kind of living city they wanted, without falling into weeks of extra character modelling and animation they couldn’t spare.

“We’re a small team of four people,” says Messina. “We knew that we wanted these kind of graphics, and it can take two or three weeks to deliver a good-looking character in line with that.”

Lead designer Ruggero Aricò adds: “We were dealing with making realistic characters that were acceptable within the setting. We knew it would take a lot of time and a lot of work.”

At the tail end of two weeks of internal debate, Messina remembers coming back after a break to be told, “Ok, we’re going to do the wooden dolls.”

He shouts his relief now as he did then: “Fantastic.”

Since the release of the game’s first two chapters, the team have been encouraged by the public reception of their ball-jointed citizens. They wonder whether more conventional NPCs would have managed to convey the same dreamlike feel that Paris has in Waking the Glares.

“People accept it,” says Aricò. “They understand that this is some kind of fantasy, that these wooden guys are just normal people. We saw that on YouTube and in tweets – people tried to talk to them because they have realistic human reactions.”

VR’d long road out of hell 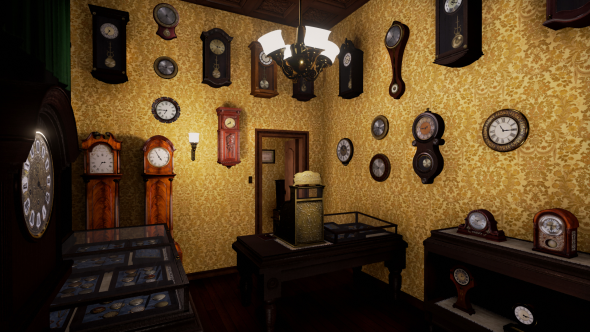 Oculus Rift support is a great idea,” says Messina. “And that’s it.”

VR seemed like a perfect fit for Waking the Glares: the game’s exploration-based objectives aligned with the strengths of the 3D technology. It had a meditative pace, ideal for a comfortable, barf-free experience. But throughout development, Rift support has been a struggle.

“You have to create a VR system by yourself,” Messina explains. “It was so complex and it keeps changing through time – it’s an evolving technology.”

Beyond the basic compatibility issues that came with the rapid advancement of the Rift, Messina wrestled with the demands VR made on graphics hardware. 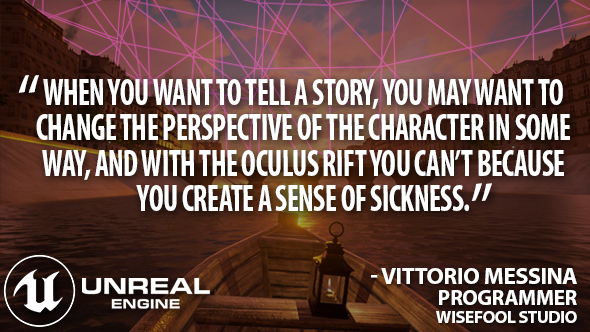 “It’s been a challenge at some points. You have to render the things you put on screen twice,” he says. “The big challenge was making it work with a normal graphics card and VR. Loading stuff like Paris, we barely made it with our computers, which are good computers.”

What’s more, VR restrictions have interfered with some of the more ambitious direction and storytelling in Waking the Glares.

“When you tell a story, you have to be sure that the character gets all the needed information,” Messina expands. “You may want to change the perspective of the character, and with Oculus you can’t because you create a sense of sickness. So there’s tension between the PC game and the virtual reality game.” 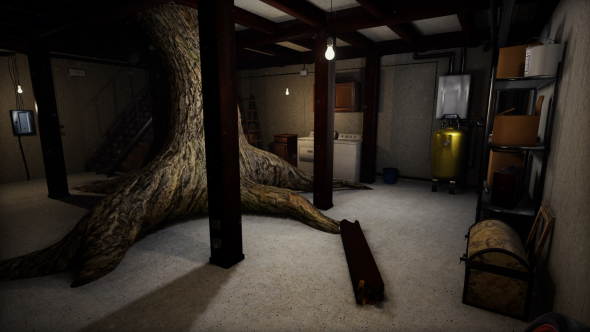 Aricò, however, is philosophical about the team’s journey in VR.

“It’s the downside of working with such young technology,” he says. “You have to deal with problems that even the best haven’t solved yet. When I think back I say, ‘ok, it’s been hard, especially for Vittorio.’ But I’m proud that we’ve done something for Oculus Rift. It’s something new and young, and we can say that we’ve tried and we’ve believed in it, and we gave players this kind of opportunity.”

Waking the Glares is available on Steam. Unreal Engine 4 is now free.

In this sponsored series, we’re looking at how game developers are taking advantage of Unreal Engine 4 to create a new generation of PC games. With thanks to Epic Games and Wisefool Studio.