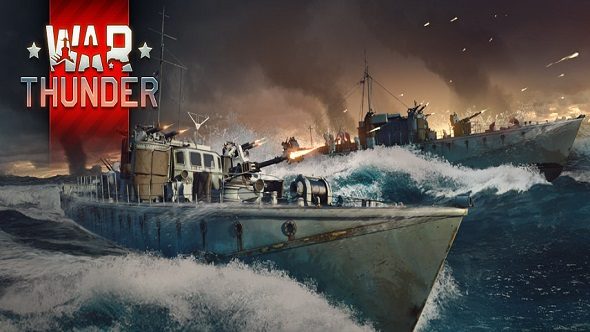 In order to test the upcoming beta for its Naval Forces content update, Gaijin Entertainment have announced a series of weekly pre-beta tests which will be available to both PC and console pilots and sailors. Every week for the next month or so, select captains can test out select ships and game modes for this maritime update, ahead of its general release to all War Thunder players.

Chocks away! Learn the basics of air combat with our starter War Thunder guide.

As it is a pre-beta (which I always thought was an alpha), elements of these game modes and ships will be subject to change, as Gaijin Entertainment finalise the core mechanics and features of the Naval Forces update. This means the naval physics and boat handling will probably change by the final release, so don’t get too comfortable at the captain’s wheel.

This round of tests will run until February 27 and will focus around ships like the British Dark Class MTB and the German Typ-Klasse 140 Jaguar. All naval training will be done on the Scandinavia and African Gulf maps. Expect these ships to swap out for the next test, so don’t get too comfortable if you find a vessel you particularly like.

So far, Gaijin Entertainment have shown three maps that will be coming in the Naval Forces update: the ice floes of Scandinavia, the waters of the English coast and the tropical waters of the African Gulf.

More will be added as the tests goes on, as well as new game modes. As of writing, the only new game mode we have seen is ‘Convoy’, where players must protect their own fleet of merchant ships from a sea and air assault, while trying to sink their opponent’s collection of ships.