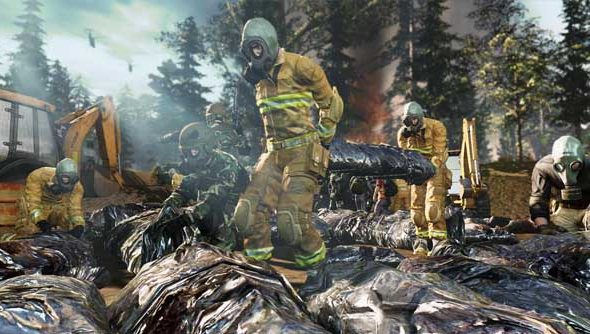 Open-world survival horror game The War Z arrived on Steam this Monday, it’s just had the option to purchase the game removed.

Valve’svice president of marketing Doug Lombardi told Polygon that it was them who pulled The War Z, saying”From time to time a mistake can be made and one was made by prematurely issuing a copy ofWar Zfor sale via Steam. We apologize for this and have temporary removed the sale offering of the title until we have time to work with the developer and have confidence in a new build. Those who purchase the game and wish to continue playing it via Steam may do so. Those who purchased the title via Steam and are unhappy with what they received may seek a refund by creating a ticket at our support sitehere.”

As Lombardi says, the game’s product page remains live, however there is no purchase button,

Since releasing through Steam on Monday The War Z sailed to the top of the Steam top seller list before quickly inciting a vocal response from its community.The first criticisms were targeted at the game’s unfinished state and missing feature’s that were listed in the game’s product page. Valve announced they were looking into the claims of false advertising. Steve checked out one of the more dubious claims, that the map provided in the game was over 100km/2, he found it was closer to 10km/2.

We’ve reached out to both Valve and Hammerpoint, developers of The War Z, to discover exactly which reasons were cited for removing the option to purchase.