Remastered games, such as Warcraft III: Reforged, promise something very simple: your nostalgic game memories updated to look like 4K modern marvels. From what Blizzard has revealed at BlizzCon 2018 that appears to be exactly what the team has done. A closer look, however, reveals there’s more to Warcraft III: Reforged than a new coat of paint. Some features have changed significantly, and there’s one reason for that: World of Warcraft.

The Culling is the sixth chapter of Warcraft III’s Scourge of Lordaeron campaign, and sees Arthas – before he became the Lich King – slaughter the citizens of Stratholme in an attempt to prevent the city from falling prey to the Plague of Undeath. It’s an iconic moment in Arthas’s story, and one of Warcraft III’s most memorable missions. However, visit Stratholme in Warcraft III: Reforged, and it looks different to how you remember. Well, provided your memory of Stratholme was established with Warcraft III, that is. Those who have only visited the city in World of Warcraft may find the city a little more familiar…

“One of the things reforging Warcraft III is giving us an opportunity to do is to look at how the world has evolved since World of Warcraft fleshed it and the characters out,” Blizzard producer Tim Morten explains. “This a chance to reconcile the two. In Warcraft III, the art style and the layout of Stratholme is not something that would feel familiar to a World of Warcraft player. So we have looked at the layout and the art that’s in World of Warcraft and done our best to revamp The Culling to be consistent with that. I actually think it’s a better level for it.”

This revised version of Stratholme features new locations from the World of Warcraft interpretation of the city, such as the main gates, the Bastion of the Silver Hand, and Alonsus Chapel. It’s also approached in a completely different manner: where in the original game you would start in the upper right of the map and storm the city from the rear, in Warcraft III: Reforged you build your camp in the south and enter Stratholme through the city gates. The layout of the streets is more akin to the MMO variant, and the zoo is nowhere in sight. 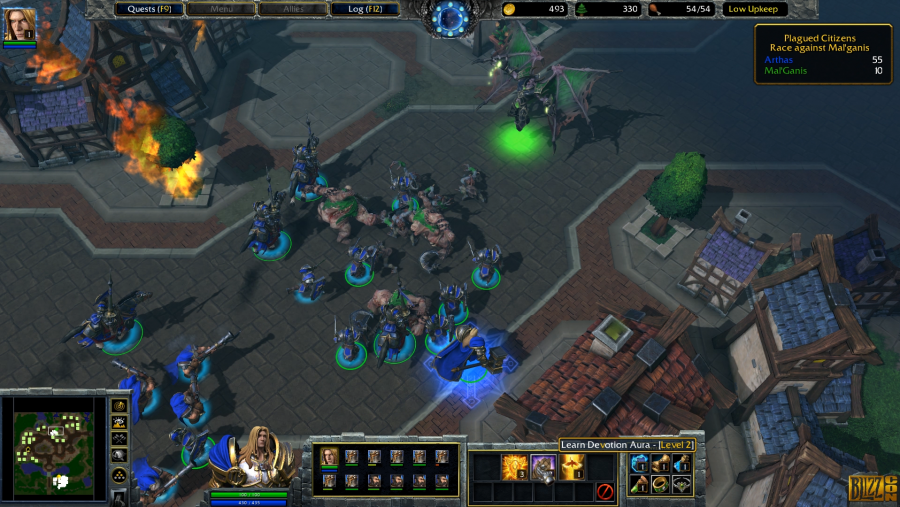 As the demonic Mal’Ganis enslaves Stratholme’s population and turns them into corpsified beasts, you find your troops battling a new foe: Meathook. World of Warcraft players will know this grotesque beast from an instance in Wrath of the Lich King, but he was never part of Warcraft III’s version of the Culling story. His inclusion in Warcraft III: Reforged is yet another way Blizzard is retconning the RTS to make the Warcraft universe a little more cohesive.

“It’s still a work in progress, but I think thematically what we’ve done with The Culling will probably continue to be the case with other missions,” Morten says. “Certainly we’ve talked about how the story has evolved since Warcraft III and the significance of some of the characters. Sylvanas wasn’t as evident back when Warcraft III was being played, so it’s a chance for us to reconcile and modernise.”

“We’re being very careful not to change anything fundamental about the story,” he notes. “But perhaps we can add some more colour or depth where we know where things are headed in the World of Warcraft story.”

The suggestion from the team is that cutscenes or encounters can have their narrative angles “refreshed,” rather than re-written, to acknowledge the wider advancements that World of Warcraft has provided to the universe’s lore. 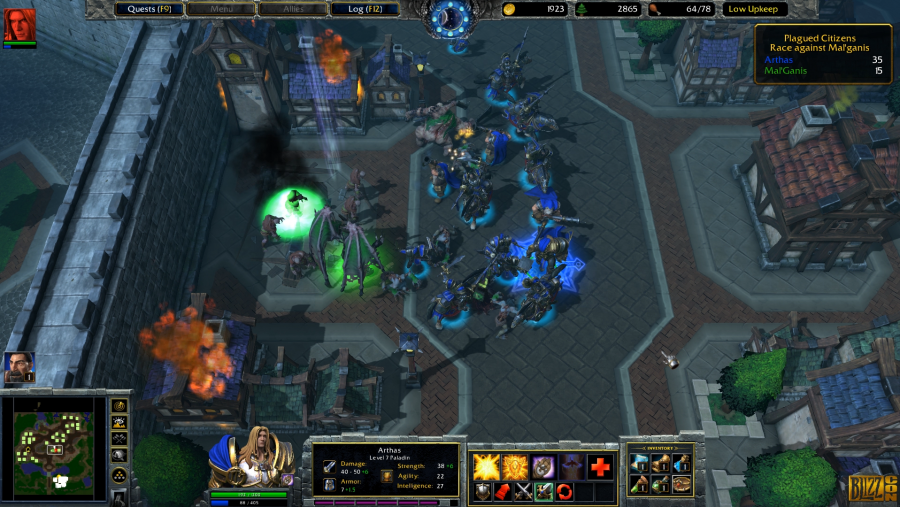 It’s important to note that, while there are plenty of subtle changes to emphasise the evolution of Warcraft’s lore, the actual mechanics of the game remain firmly rooted in 2002. For better or worse, this is the Warcraft III you remember when it actually comes to commanding your troops, constructing your base, and managing your heroes. That means you can only select 12 units at a time – a design decision that feels antiquated. It also means that the leaps the game made in 2002 still feel as strong, if not as radical as they did back when they could claim to be unique. I’d quite like to have seen some mechanical ideas from World of Warcraft retconned into Warcraft III: Reforged – perhaps some more paladin abilities for Arthas. But maybe that’s straying too far from the mark, especially for the most devoted players.

Still, the inclusion of World of Warcraft locations and story flavour is a fascinating one. The world of comic books sees character histories and past events rewritten on an almost regular basis, tweaking a hero’s origin story to incorporate the many new elements introduced by years of changing writers and new ideas. At least to my knowledge, this has never been done in videogames, which makes Warcraft III: Reforged a fascinating proposition. It’s a game designed to appeal to the nostalgia of an older playerbase, while constructed to make sense to those heading into Warcraft’s pre-MMO history for the first time. Whether those two sides can exist in harmony remains to be seen, but certainly from a personal point of view, it’s a far more exciting approach than a simple 4K graphics.