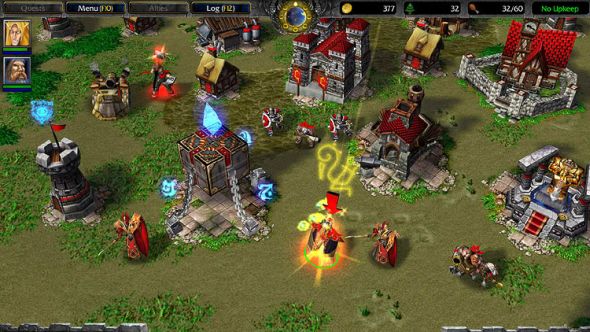 The notes for Warcraft 3’s first official PTR patch have arrived. A forum post by developer Chris Stillwell announces changes that will apply to all map types.

With Warcraft 3 still alive and kicking, check out our list of the best classic games on PC.

The tweaks mostly aim to improving gameplay, but there are some other, more general improvements added to some of the maps. Many changes focus on game balance, with the biggest change probably relating to starting locations in an attempt to equal space for expansion, equal access to resources, and equal proximity to points that might provide a military advantage, like choke points.

Most of the other changes relate to the appearance of the maps. Trees and other obstructions have been made smaller to allow the player a better look at points of interest, and have also been moved to provide better pathing. Map surfaces have been retextured to provide better visual clarity, and cliff lines or deep water have been added to edges of the maps, which Stillwell says is an “aesthetic choice for immersion.”

A few other, minor alterations are covered in the rest of the forum post. Stillwell also says that there are a few other things that are being worked on, naming matchmaking times and latency issues as ongoing issues to be resolved.