Massive have arrived in Warframe. Previously, it was a procedurally generated co-op dungeon-crawler with sci-fi ninjas, but the new Plains of Eidolon update transforms Warframe into an open-world game. The new zone trades claustrophobic porcelain corridors for a vast coastal landscape, complete with the go anywhere, do anything philosophy of an MMO.

Why is Warframe going open world? We spoke to Digital Extremes’ Rebecca Ford to find out.

Warframe: Plains of Eidolon is a massive shift for one of Steam’s most-played games. When you log in to the new expansion you can expect to see new RPG elements, new mission designs, a whole new race, a new focus on discovery, and – perhaps most importantly – the ability to go fishing. It’s a brave new shifting of the rules from developers Digital Extremes, and also one of the most obvious steps for a game that shares so much in common with the likes of Destiny and The Division.

Intrigued? We’ve got the details on everything new. 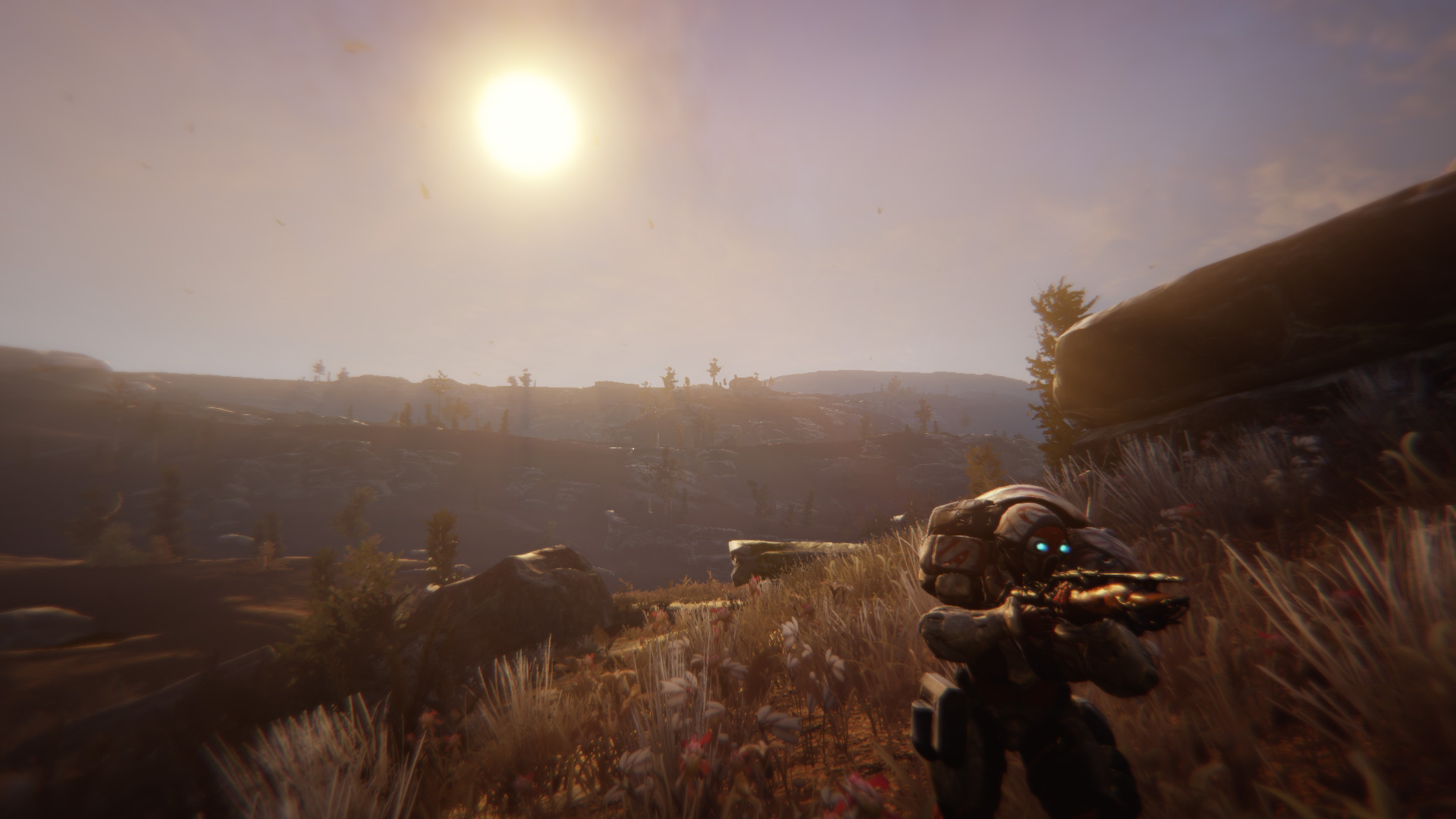 The new open zone is Plains of Eidolon’s flagship feature. Eidolon itself is a coastal region, with its own wildlife, weather systems, and colossal organic structures. “We’re talking kilometers of play space uninhibited by procedural level generation,” Rebecca Ford explains, who is the live ops and community producer at Digital Extremes, as well as the voice of in-game character Lotus. “[It’s] massive, interactive, and totally ready for you to explore in many different ways.”

After running-and-gunning/slicing/sliding through sci-fi corridors for much of Warframe’s lifespan until now, you can expect Eidolon to be a massive surprise. It also functions entirely differently thanks to being bespokely designed rather than procedural; there will be landmarks to visit, locales to explore, and – thanks to being outside – sunsets and rises.

“It has day and night cycles, which I’m most excited for,” Ford says. “This is where veteran players can test their investments in their gear. When night-time hits on the open zones, it’s game-on. Even the enemies flee. Something very nasty creeps out of the lakes and vast ponds. That’s going to be a threat that the players know about; it’s legendary, and it’s coming for them.”

Warframe: Plains of Eidolon Sentients, ghosts, and the Old War 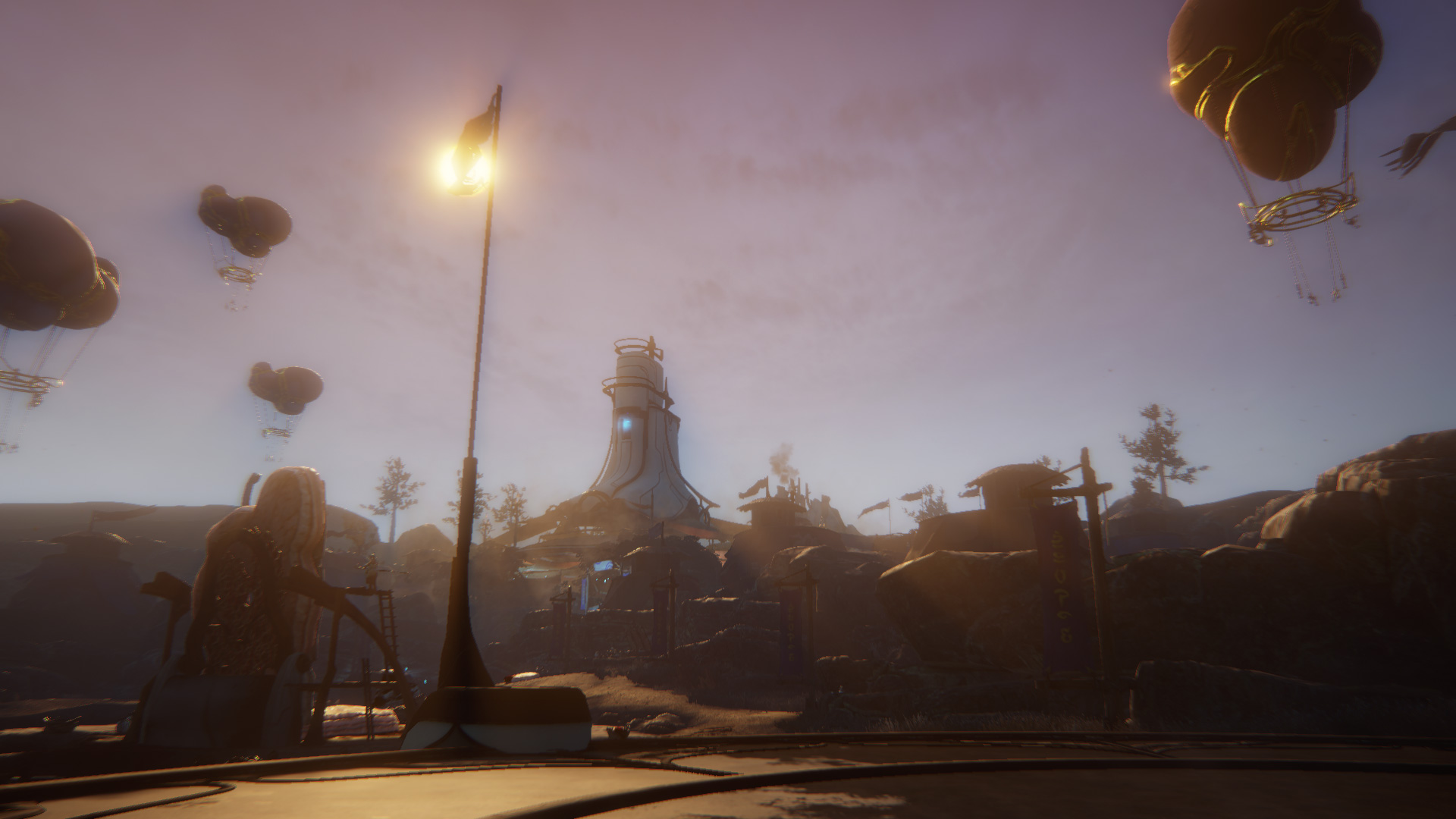 This new world is a place where Digital Extremes have vastly expanded Warframe’s lore. The Grineers, the game’s long-term force of villainous clones, spend their days taking over lands and exploiting them. But what business do they have in Eidolon?

“They’re exploiting artefacts from the Old War,” Ford reveals. “The Old War is something we’ve referenced in-game for years. We all know it was an epic battle. We have it in writing, we have it in lore, we have it in quests, but we’ve never seen what carnage came from it. The [team] got to put that carnage into reality with the open zone.”

The Sentients, a race introduced last year, are Warframe’s most horrifying enemies, but so far the game has yet to show the damage they’ve caused. The new Eidolon area, however, is a Sentient graveyard. And there’s more to that than creepy art design.

“At night time, dead things make ghosts. You’ve got to look out for that,” Ford teases. That day/night cycle is clearly going to be very important. 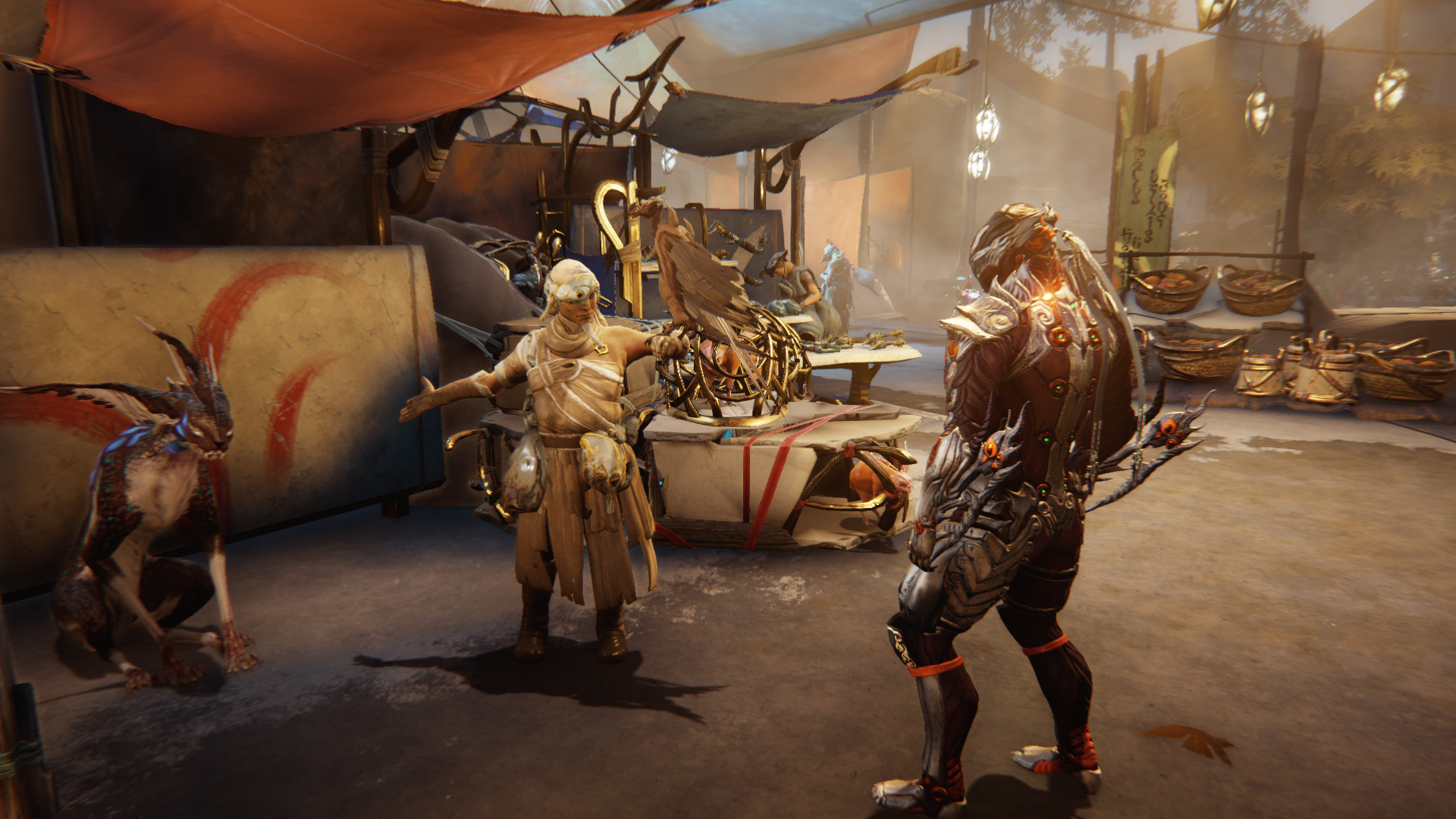 Warframe has a depth to its lore that you wouldn’t expect from a co-op dungeon crawler, and Plains of Eidolon is the perfect opportunity for Digital Extremes to expand it. Not only does the hand-designed world allow for environmental storytelling, but the addition of the Ostrons as a race allows them to vastly expand their cultural lore.

“They have their own language with its own script,” Ford details. “At this point we have three distinct languages with their own alphabets that everyone has decoded. The fourth one is entering the equation with the Ostrons. That will be something people catch onto pretty quickly, I think.” 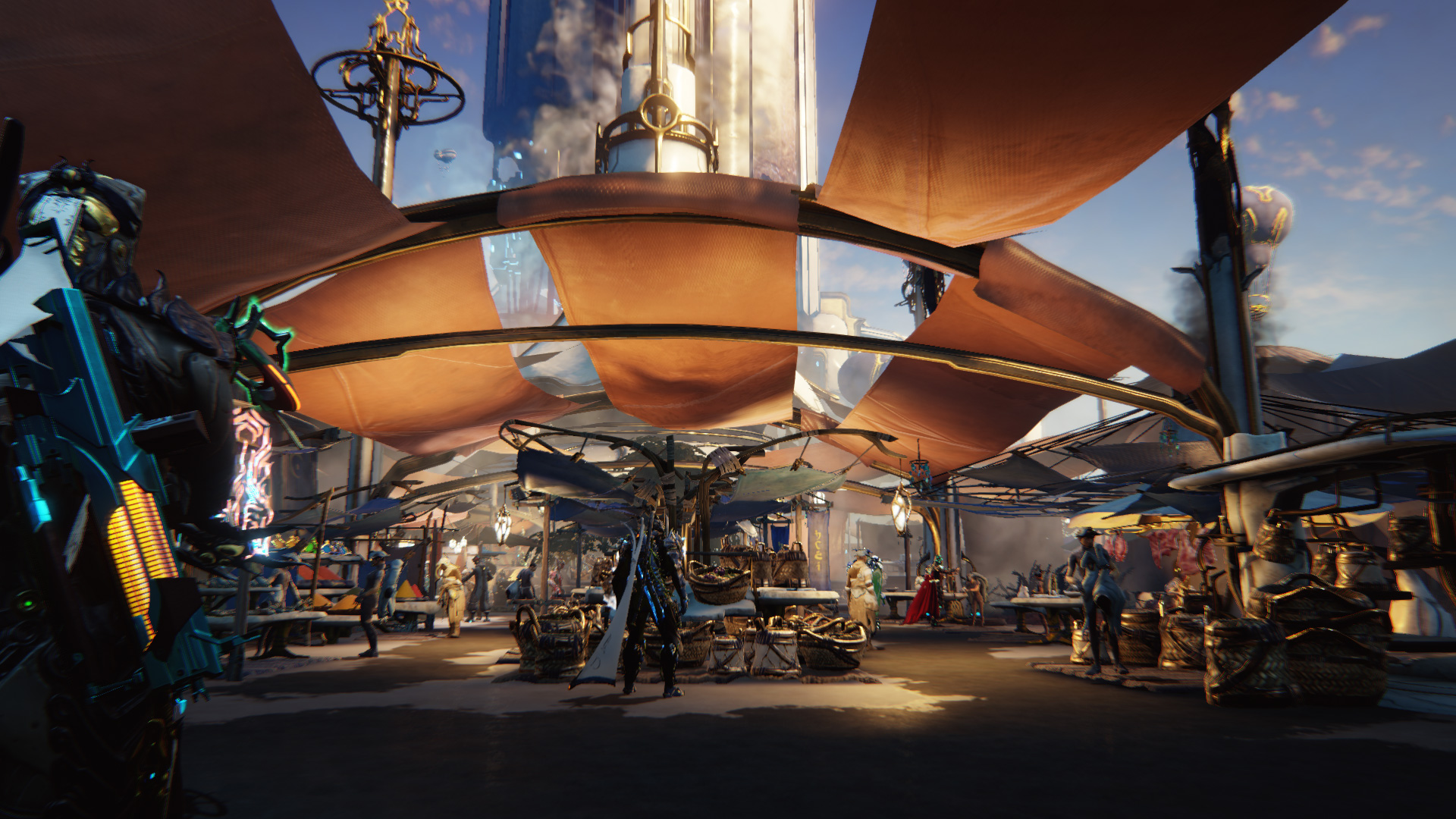 Warframe already has social spaces, but Cetus – the civilian scavenger town – is a new spin on things. Up to 50 players can hang out in Cetus, which is the first area anyone will see in Plains of Eidolon. “It’s an art style players haven’t seen. It’s a new race of people, a new type of lifestyle. It’s very scavenger,” Ford says.

The Ostron residents of this town harvest the flesh of living, sentient structures that stand out in the coastal environment in order to survive. The invading Grineer military, however, have other ideas on who should own that claimed material, and it’s up to players to help the Ostrons.

“These people are the casualties of war from what everyone’s been doing,” Ford reveals. “These are the ones you’ve been working to protect unknowingly. Your actions have allowed them to flourish and build this scavenger outpost.” 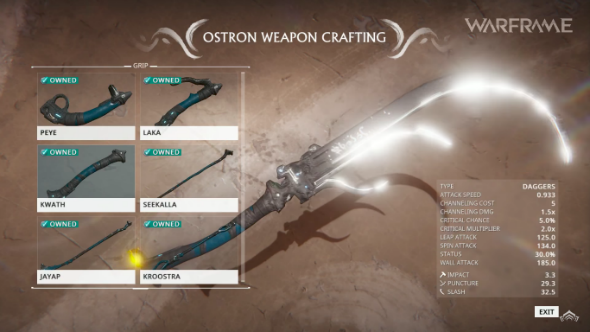 Up until now, every weapon and armour piece in the game has been designed by the Digital Extremes. Now, by visiting one of the traders in Cetus, you can design and construct your own weapons from a selection of parts that you scavenge from the plains. You can even name your creations. 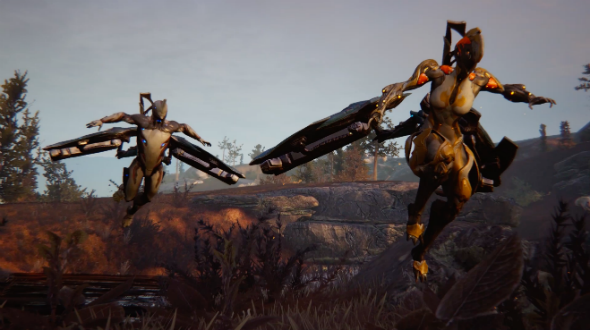 You’ll likely already be familiar with the Archwing; a flight harness that allows you to fly around in outer-space while fizzing lasers pop between asteroids. But the wide-open spaces of Eidolon allow the Archwing to be used in an entirely different way.

“You’re going to be able to strap on your Archwing and fly around an open environment completely,” Ford says. “Up until now, if you wanted to use the flight suits, you did it in space. We set a level for you that was in space, but bringing it onto the ground is entirely new, and it’s going to be mind-blowing for people because they wanted this since we launched it.”

If adventures at altitude isn’t your kind of thing, then perhaps you’ll be won over by Warframe’s ultimate dad activity: fishing. “We added spear weapons to the game this year, and we also added spearfishing, because what is an open world game without fishing?” Ford says, only half joking.

Are these the kind of features you’ve always hoped Warframe would add? Will Plains of Eidolon keep Warframe’s 30 million players happy? Let us know what you think in the comments.