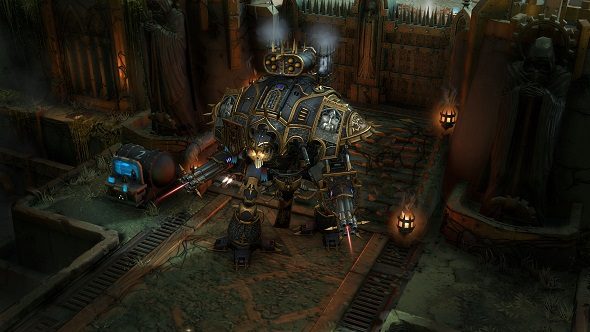 I bring joyous news my Linux and Mac using battle brothers, your time to spill blood for the God Emperor is nearly at hand. Relic have announced that Dawn of War 3 will be coming to the two platforms next month.

Check out what we thought of Dawn of War 3 with our review.

Developed by Feral Interactive who handles the Mac and Linux ports of Dawn of War 2 and Company of Heroes 2, Dawn of War 3 will launch on both platforms on June 8. Nothing has been cut or stripped out from these ports, they will launch exactly the same as the Windows version and with Steam Workshop support. While there will be cross-platform play between Mac and Linux players, they will not be able to fight against commanders on Windows. Relic hope to revisit true cross-platform play in a future update, so expect a full announcement of that in the future.

There will unfortunately be no pre-load for the Mac and Linux versions, with Relic stating that the ports will go live at 04:00 PDT/07:00 EDT/12:00 BST on June 8. They will be available on both Steam and the Feral Store, going for $59.99/£39.99. The minimum and required system requirements haven’t been released yet, but keep an eye on Feral Interactive’s Facebook and Twitter pages as they will post whenever they are available.

If you already bought Dawn of War 3 on Steam before realising it wasn’t out on Mac and Linux yet, you’ll be pleased to know that you’ll get access to all three versions once the ports go live on June 8. Do note that if you buy the game via the Apple Store, you will only get access to the Mac version.