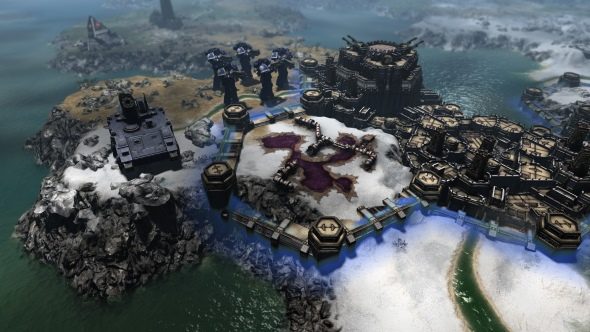 You can’t go ten yards without tripping over a Warhammer 40,000 game these days, but this one – just announced this weekend – might be worth sitting up and paying attention to. For the first time in the grimdark future-war series’ history, we get to experience the familiar setting through the lens of a 4X strategy game.

Welcome to Warhammer 40,000: Gladius – Relics Of War. Just a hunch, but I doubt there’s going to be cultural or diplomatic victory conditions on this one.

Bring a surprise announcement, Gladius probably won’t be out this year. Fortunately, we’ve got plenty more strategy games to keep you sharp until launch.

So, what we’re looking at here is a full planetary-scale 4X strategy game where you can play as four iconic 40k factions. The obligatory (and overplayed) Imperial Space Marines, the Astra Militarum (Imperial Guard, et al), the always-popular Orks (Millwall supporters IN SPAAACE) and the returning Necron (imagine if The Terminator was Egyptian, and also undead) have all decided that there’s loot to be had on the world of Gladius Prime, and only one group can come away with the goods. Sitting down for tea and crumpets is probablynot an option.

In the grim darkness of the 41st millennium, someone forgot to pick up the PG Tips. 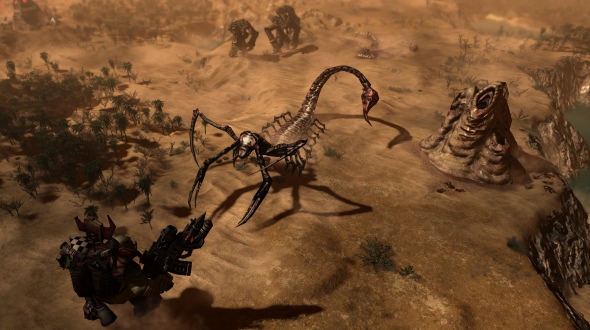 All signs point to this being pretty traditional stuff for the genre, minus the usual political and diplomatic aspects. Each of the four factions will apparently have a story-driven campaign, which reminds me of the distinct goals and quests assigned in the excellent Endless Legend.

Being a 4X game, they developers are rolling out the big guns for this conflict. The mechs in the 40k universe are very large and very stompy, but we seldom get to see them standing at their full height in more infantry-scaled games. With multiple squads of marines or guardsman representable via a single piece on the board, it should give these absurdly oversized weapons of war a little more room to breathe.

Satisfied that the surprise announcement of the game has put enough eyes on Gladius, Slitherine have plans for an official full debut livestream on Twitch on December 1st at 7pm GMT. Make sure you mark it on your calendar, if the news tickles your fancy.