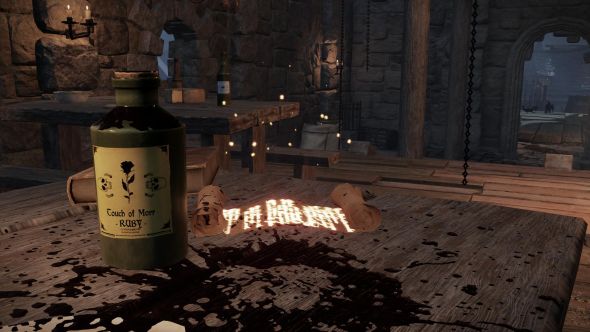 New DLC for Warhammer: End Times: Vermintide: Colon has been announced. The co-op action game is getting a ‘Lorebook’, with lovely animated pages, which will lay out the fictional history of the Warhammer world and the hideous ratmen who threaten to overwhelm it in the titular tide of vermin.

If you like to hack-and-slash with friends, check out the best co-op games on PC.

The Lorebook doesn’t have a release date yet, but we know it’ll be free for all Vermintide players, which is nice. You’ll fill it in by collecting distinctive glowing pages scattered around the game world, and will presumably be able to view it from the menu.

The lorebook DLC can be viewed on Steam here. From the images, one of the chapters concerns the town of Ubersreik – the game’s main setting – and some of the categories there include the history of the town, recent events, the Red Moon Inn and the different areas you explore in each act. You can also see some animated pages discussing one of your enemy types, the sneaky Gutter Runners.

The first edition of Warhammer Fantasy Battle (WFB) came out in 1983. Between then and its cancellation (or ‘replacement’ by Age of Sigmar, if you insist) in 2015, 32 years of lore had built up as the world was expanded, new races added, and new threats faced. With many of the races inspired by fantasy archetypes, it can be a bit derivative, but in later editions of the game it took on an identity all its own as Games Workshop dialled up the ‘grimdark’. If you got into Vermintide without knowing much about the lore, do check it out.