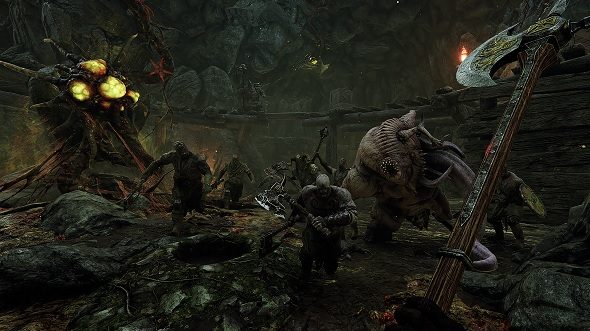 Whatever you do in Vermintide, you can’t stop the flow of the Skaven – a rat-man plague that constantly swarm you as you fight through its medieval landscapes. It looks like the game itself is just as unwavering, as nothing can seemingly stop it being installed on PCs around the world.

In the mood for more cooperation? Check out our list of PC’s best co-op games.

Selling half a million copies is a fantastic achievement for Fatshark, and it’s well deserved – Vermintide is up there with Left 4 Dead as a co-op experience.

“We are really happy with the sales so far. We reached half a million copies much faster than we estimated. As a small studio, this really is an amazing milestone for us. The office is a hive of excitement.” says Martin Wahlund, CEO Fatshark.

“We are overwhelmed by the positive response from both players and critics alike, and this has given us the extra drive to continue providing exciting and engaging content so that everyone can continue to enjoy the game long into the future.”

Since release, Fatshark have released two free and one paid DLC packs for Vermintide. More is planned throughout 2016, with next DLC available at the beginning of May.