Update 16 Feb, 2016: Rodeo Games have informed us that they’re not shutting down, but are “currently taking a break from developing any titles”.

In the meantime, the team will “continue to support [their] existing” games, in spite of comments to the contrary from an ex-staff member.

Despite ex-Rodeo staffer Matthew Spencer’s recent comments (featured below) that suggested his ex-employers are currently operating a bare bones team with “no one to offer support or make content”, it seems Rodeo aren’t shutting up shop.

Deathwatch does appear to have cost the Guildford-based developer more than it managed to make in return – Rodeo are now in the position where they aren’t developing new games – however the studio intends to “carry on making the games [they] love” and plans for future releases will be made “at an appropriate time.”

“As reported some of the team left the studio back in November, after we’d shipped the iOS and PC versions of Deathwatch,” Rodeo told us via email. “Since then the core team have been working on new platforms for Deathwatch, one of which we’ll be announcing shortly!

“Despite Deathwatch being the best game we’ve created as a studio and our highest rated metacritic game, the changes in market have meant that we are unable to continue development as we’d initially planned. Coupled with some personal issues within the team, Rodeo Games are currently taking a break from developing any new titles. The team will continue to support our existing titles.”

Beyond that, they issued some thanks to those who’ve helped them, and made it clear that this is not the end:

“We’d like to thank all our fans, especially those who have followed us since the beginning. We’d also like to say a huge thank you to the Games Workshop team who were kind enough to trust us with their IP and have supported us hugely over the last few years. Without them, we wouldn’t have enjoyed the commercial and critical success of the last 3 years.

“We’ll announce our plans for future releases at the appropriate time. We intend to carry on making the games we love, for the people who love them.” 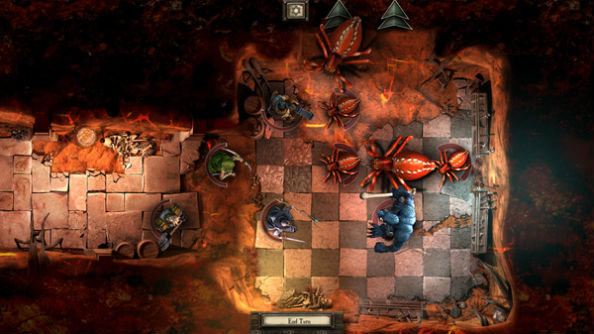 Original Story 15 Feb, 2016:Rodeo Games, the studio behind the boardgame-now-videogame Warhammer Quest, have been forced to close their doors due to poor sales from their most recent title Warhammer 40,000: Deathwatch. Although predominantly a mobile developer, both Quest and an enhanced edition of turn-based strategy game Deathwatch from Rodeo found home on Steam last year.

Rodeo were founded six years ago in mid-2010 by a collection of experienced developers once hailing from Criterion, Lionhead, Codemasters and EA.

As reported by Develop, former Rodeo employee Matthew Spencer spoke of the Guildford-based outfit’s fate via the Touch Arcade forums. He spoke inresponse to players’ queries about the lack of updates and bug fixes regarding Deathwatch.

“I and the majority of the team left four months ago, so [as far as I know] there’s no one to offer support or make content,” said Spencer. “Like most indie developers, you’re only as good as your last game, and even though Deathwatch was Rodeo’s highest metric game, it didn’t make enough so we had to move on.”