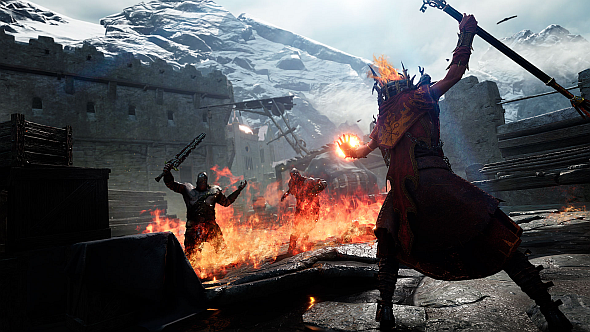 Jesper Kyd is one of the most respected composers in the videogame industry. He has created the soundtracks for series such as Hitman, Assassin’s Creed, Borderlands, and more. That feeling you get as the music swells when you are perched on a vantage point as Altair or Ezio? That is thanks to Kyd. He is also responsible for the rousing, almost satanic orchestral tracks that make every Hitman: Blood Money strangulation and escape feel epic.

Here are Warhammer: Vermintide 2’s developers on the future of the series.

Many of the founders of Io Interactive, who created the Hitman series, originated from Zyrinx, the studio behind the first game Kyd worked on: Subterrania for the Sega Mega Drive. Some of the developers who worked on Hitman also started out in the Commodore 64 demo scene, just like Kyd. He knew them, and so they trusted him to come aboard to make murderous melodies for Agent 47’s debut, allowing Kyd full creative freedom to do so.

“This kind of creative freedom allowed me to find a sound that is uniquely Hitman,” Kyd tells me. “I also helped the team implement all the music, and decided how and where music should play and function. This required endless playthroughs of the Hitman (and Freedom Fighters) games to test out all the music and it really inspired me to write new Hitman music based on these playthroughs.”

Kyd is usually brought on to a project 12 months prior to release, allowing him to spend time with the development team and to play early builds of the game, soaking up the virtual worlds for inspiration.

“Each project is different, but I always encourage time for experimentation so we can create the perfect sound for the game,” Kyd explains. “There’s usually some guidance as far as the music style – should it be a live orchestra score or a synth-driven score, etc – but I’ve also been involved with many projects where everything was left open for us to discuss. In those cases, I present the idea for the music style and then start talking about it in more detail.”

As someone who appreciates and plays games, Kyd loves to research them. While playing, he identifies key areas, or character traits, then attempts to pin them down into themes. For the first Assassin’s Creed, those themes were: tragedy, war, and mysticism.

“The game takes place during the Third Crusades, which was obviously a tragic moment in human history,” Kyd explains. “The ‘war’ aspect comes also from the time period and the game mechanics relating to the combat, the war of Assassins vs. Templars. I placed a great deal of focus on mysticism and also brought out the spiritual side of the time period with a deeply religious sound for the three cities. Acre was a more Christian-inspired sound, Damascus was more Middle-Eastern, and Jerusalem was a melting pot of both of these sounds.”

For open-world games such as Assassin’s Creed and the upcoming State of Decay 2 – another game Kyd is scoring – the composer places an emphasis on exploration music. It makes sense, because players spend most of their time silently soaking up a world, and the music that backs those moments of calm can often make the experience more serene, more memorable.

“Of course the game also needs systematic music like combat, suspense, tension, cinematic cutscenes, but these are a bit easier to score since there is a direct link to the gameplay and how this part of the soundtrack can support that type of gameplay,” Kyd explains. “Exploration music is more abstract as it’s about getting under the hood of the gameplay and tapping into elements you do not necessarily see. Reminding players of aspects of the storyline that make you feel at one with the world. I like to remind the player where we are and what is happening in the overall scope of the main story.” 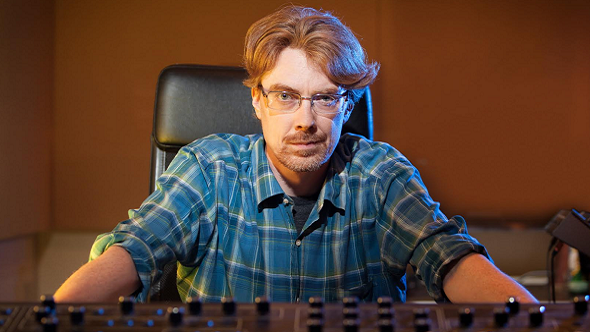 Kyd’s techniques vary from project to project, but he puts a big focus on melody and picking apart those aforementioned themes, turning them into soundscapes. He chooses a unique arrangement for each, ensuring they are thematically distinct. Not only distinct from each other, mind you – they also need to sound like they would not work anywhere else.

“The test for me when listening to music is: could this music work on another game or film of a similar style?” Kyd asks. “For example, if a horror score sounds like it could easily fit another horror movie, then it’s clear to me that the music didn’t go in a unique direction to fit the world and make the score stand out. It’s especially easy to get trapped into this kind of writing direction when using an orchestra, since it’s hard to make an orchestra sound unique. That’s one of the reasons I like to blend modular and analog synths, sound design, and granular synthesis with the orchestra and other live instruments, so I can really custom-make a soundtrack for the unique world I am scoring.”

This logic also applies to character themes as well. Kyd takes the time to study each character, where they are from, their history, their family influences, and more. What is their hometown like? Are they hot-headed or calm? All this and more is taken into consideration to ensure their theme matches their outlook, their heritage, or how they carry themselves. It is no easy task, because these themes must be distinct enough from each other – while still fitting with the rest of the game’s soundtrack – so that the player can identify the perspective of the scene. For Warhammer: Vermintide 2, the entire soundtrack is dedicated to the villains.

“It’s created from the perspective of the Skaven rats and the Norsca Tribe,” Kyd explains. “So I am basically on the side of the enemies, and that’s a lot of fun – I imagine it’s similar to an actor playing the bad guy. For the world of Vermintide, I embrace the Middle-Ages time period so most of the instruments are acoustic-based but played in unusual ways or have been rebuilt into something that sounds really warped. Some of the tracks are straight up crazy-sounding.”

The idea was to move the music away from what you hear in your typical fantasy blockbuster, giving it a more grounded, raw sound. Kyd wanted to create music that could have been performed by Warhammer’s giant rat men, the Skaven, or members of the Norsca Chaos tribe banging away on their war drums.

“If there’s a synth part in there, it will sound like it was invented and performed by some mad Skaven scientist on a makeshift organ,” Kyd says. “The Horde music is like an army of Skaven strumming away on different acoustic instruments. There is music for Skaven rituals which sounds like they’re playing screechy instruments culminating in a death ritual. Crazy stuff! The music for Warhammer: Vermintide and Vermintide 2 is some of the craziest material I have written and it’s been a blast creating music from their perspective. I feel like I have joined the invading Skaven army.”

Kyd does not just come across as someone who loves music – he loves games, he adores the craft, he lives in their stories before he even attempts to score them. Just as he did as a teen, Kyd is still enjoying his favourite pastime – it is just that now he is making the music that soundtracks his passion.