Vermintide 2 has been a huge success for developer Fatshark, selling well over a million copies, and exceeding internal targets. Going by its user reviews and steady spot in the most played games on Steam, players are enjoying it, too. But that success has raised the question of what’s next for the game – will there be new characters, weapons, events, another sequel? We spoke to Martin Wahlund, CEO of Fatshark, to find out.

We also wanted to know why the team made the unusual decision of pulling its content roadmap. It’s a common sight now for developers to publish a plan of what they’re working on, particularly with live games, as it gives players a sense of what to look forward to and when to expect it. Fatshark had such a roadmap, but it has now been pulled.

We also asked who is likely to join the heroes of Ubersreik as Vermintide 2’s sixth playable character – I’m hoping for a Bretonnian, which would make sense since the current setting of Helmgart is just over the border – and who might face them as a new enemy race. Surely it’s time to see the undead hordes of the dastardly Vampire Counts? It would only be fitting, given that Vermintide is the best modern successor of the zombie-slaying classic Left 4 Dead.

PCGN: What’s next for Vermintide?

Martin Wahlund, CEO: What we have worked on a lot the past couple of months is building tools and processes to ship content faster, because it’s critical to keep the game alive and do constant updates. We have a team, the live team, that’s going to work with everything from bug fixes to small events – we had similar events in the original Vermintide where you had to kill a certain number of rats.

There will be an ongoing story arc that will direct how we update the current stuff in the game. That’s one thing we’re passionate about and, without saying too much, we’re looking at content that is temporary, that we’ll put into the game and will be live for maybe a week or two. And then we move it and put in something else so that there are different flavours to the game over time. 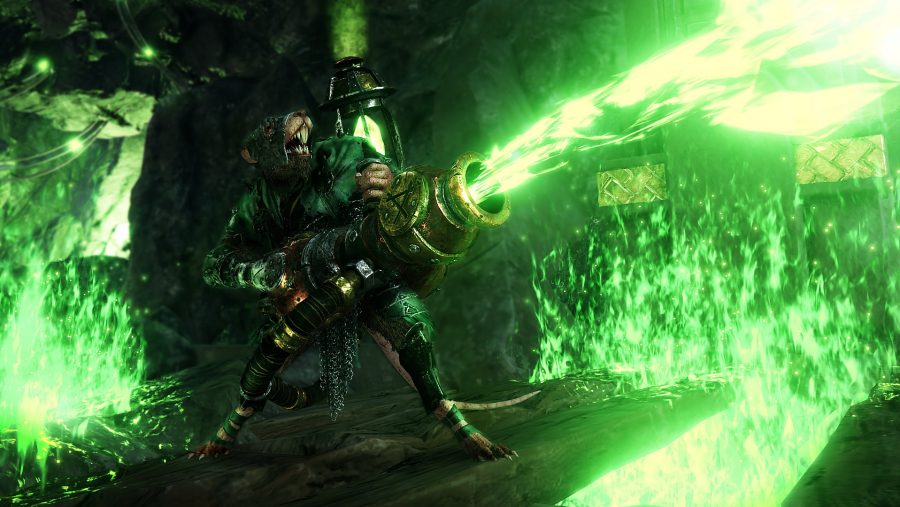 There’s a lot of ideas going on internally. We have what we call hack weeks. Every quarter, we have a week where we allow all the employees to do whatever they want – as long as it’s beneficial to the company or the game. So people do a lot of crazy stuff and we talk about it, a lot of ‘this stuff is really cool, how could we get it into the game?’.

The pub brawl in the first game is a good example of something that was fun. You turn it on then you can just throw your gloves and drink a beer in the inn and have a brawl with the other party members. That type of event is something we want to do more of and be more consistent with.

The biggest challenge with every release is always getting all the QA finished, finding all the bugs. The game has so many careers, so many talents, everything is random so every single playthrough is a different one. That means it’s very hard for the QA team to test everything even though we have automated parts of it. I mean, you could play a level 100 times, and on time 101 it crashes.

We’re running more betas now and trying to go out and see because, even though we did a lot of testing, some more hardcore fans are really good at spotting stuff, which is great obviously.

You’re basically looking to make the next Shadows of Bogenhafen even bigger?

Yeah, exactly. And it could also contain more than levels. We’re trying to divide what we do in Vermintide into three broad genres. Weapons, enemies – there’s a lot of things we could put into those types of deals. The second thing is a larger type of adventure. We have a few of those in the pipeline. And then the third one is what we call more experimental projects. It’s something I can’t talk about because we don’t know if we want to release it but we’re trying new stuff that’s a bigger step from where we are right now. 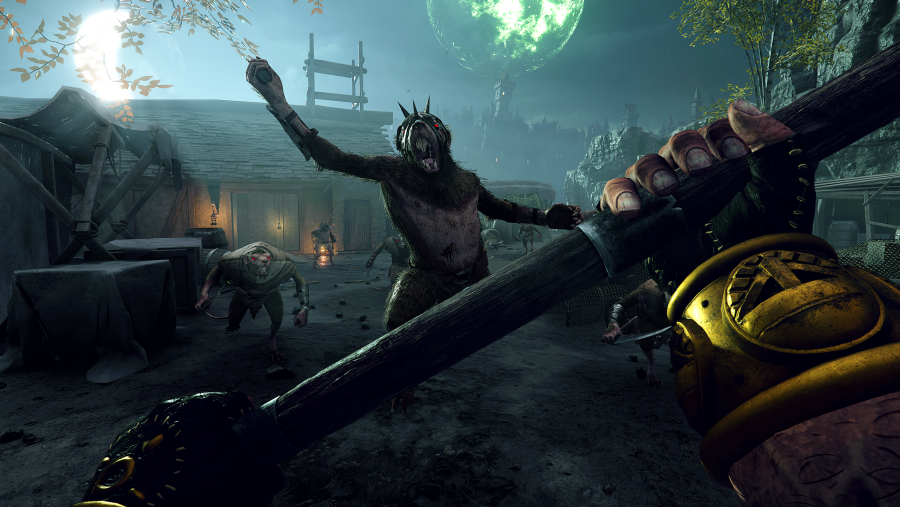 You’ve drawn on the Warhammer Fantasy roleplaying game for Shadows of Bogenhafen and earlier pieces of DLC. Are you going to continue looking into the lore for future content, or are you looking to tell original stories?

I think we’re going to do both. I can’t say too much yet, but for the next two, one is more original and one is more classical. We love to use all of the great lore that’s in the Warhammer world. End Times is actually something that really helps us because it allows us to have way more Skaven and Chaos. Maybe you wouldn’t have seen those different combinations due to lore restrictions in the Old World before the End Times.

And, also, a lot of crazy stuff is happening. For example, I’m able to be a Shade at the same time as a Wood Elf, that’s something that couldn’t have been possible without the End Times. The End Times does help gamify the Warhammer Universe in some ways. You can see certain factions that would never fight alongside each other outside of the End Times.

Why did you pull the roadmap?

I’m not sure how and when and why, but we had some optimistic plans from the beginning, and we realised that there was so much and we were slipping behind for various reasons. Sometimes, you think, ‘this is an easy thing, we can fix this, this goes fast’. And then we just realised, ‘oh, we’ve run into issues’. And then we were between a rock and a hard place because we promised to do something but some of those things we promised were like, ‘ok, if you put them out now, the game will actually be worse. Which is better? It’s like, yes, wait and fix this, or ship it and maybe put the game be in a worst place’. That’s a tough one, and we’re still debating about how we should treat this, because we want to be transparent but if you’re transparent you’re often going to miss things.

We’re still finding the middle ground because we still want to be very transparent and we want to be like ‘hey, this is what we are doing right now’, but even though one of the DLCs we’re working on is fairly close to being complete we still know that there’s a lot of testing to be done and we could find stuff that [will delay release].

It’s not easy. For example, talking about loot, one easy solution is ‘give everybody everything! Everybody will be super happy!’, but that doesn’t work, everybody will just stop playing because there’s nothing to long for. That’s something we have struggled a lot with, finding the right balance, especially cosmetics. People feel like, ’oh you’re holding back for some devious [reason]’ – it’s not that, we just want them to be scarce, we want people to long to get them, because we know if everybody has 100 hats nobody would be interested in hats. 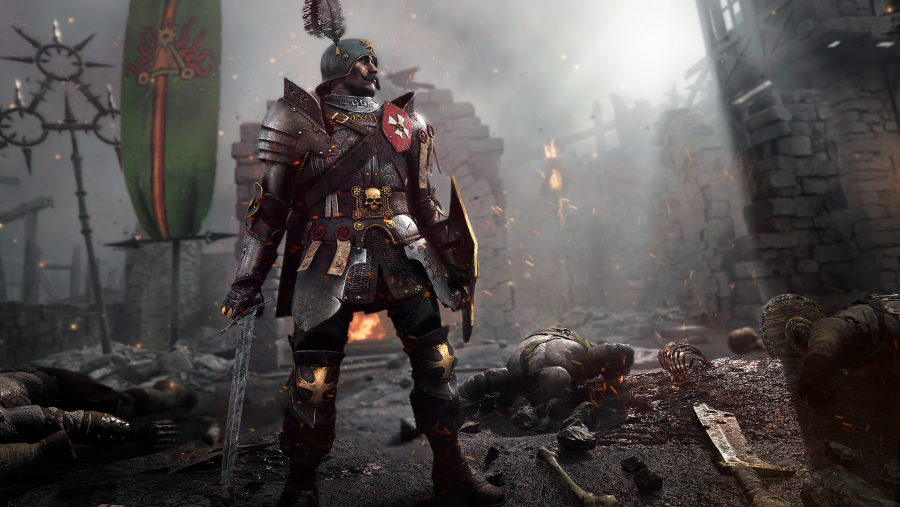 I don’t want to say too much yet, but yeah, we’re looking into different ways to do that and what we can do with those. The problem is that you need to find somebody that really fits into the party as well. They’re a picky bunch. We’ll see what we can do about that, we have been looking around a lot of character stuff. It’s a great undertaking: you need to get all of the voice lines, how they react to each other, there’s quite a few of them. There’s a lot of gameplay mechanics that need to be right and talent trees and stuff like that. So we’ll see what we do with that. I don’t want to promise anything.

What army would be next?

There are a lot of cool factions that we really want to do, which might not belong to the same side as Skaven and Chaos, of course. But from our perspective we want to be in the long run, we want to be here for five to ten years, at least. It’s funny because if you look at the top sellers on Steam, the top 12 top sellers for the first half of this year, I think Vermintide 2 and there was one other game that were the only two new titles that year. The rest of the titles where like GTA V, Warframe, PUBG – they were games that had been out for quite some time. And Counter-Strike and Dota 2, and those giants, so I think that people get attached to games.

It’s very important to have a long time mindset on how to build your games and there’s so much stuff we can do. I mean the funny part is a lot of people think you ship a game and then you want to do something new. There’s a part of me who wants to do that but another part of me is when you ship the game you have a really great platform to build on. You have an audience, you have the core mechanics, and then you can build on top of that. 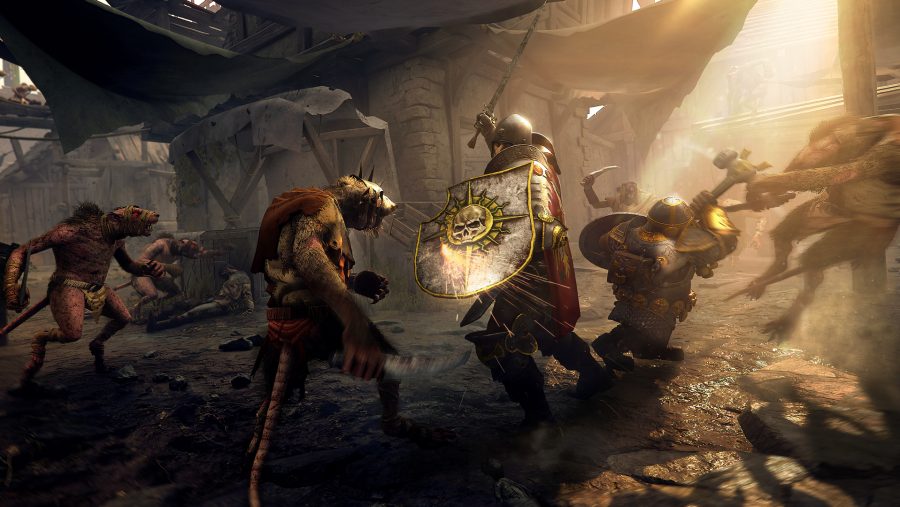 What are the other five doing?

They’re doing some prototyping for potential new things, for like five years in a row, as well. You always need to work on new things. Working in the year now going forward we’re just full of content. But at some point if there’s some idea or a concept that we would like to explore, that’s an ongoing process for most game developers, you always have a project you look at like, ’this could be something in the future’.

Would it be Vermintide 3 or something else?

I don’t know. I don’t think we would do Vermintide 3. As long as we’re happy with Vermintide 2 it doesn’t make sense to do the sequel.

So you think you’re happy with the platform you’ve got now?

Yeah, exactly. I think there’s a lot of things in the first game that we needed the sequel to change. If we feel like, ‘hey, we need to rework some fundamental systems in order to do the third one’, then we might do a third one. But right now, we’re in a good place where we have been able to change a lot of things, so we can do stuff more efficiently and we can release more content faster. That’s the key thing for us right now.

Back in the beginning we did a lot of consulting gigs for different publishers. We did small games where we wanted to prove our engine that we built. But now, with Vermintide, before we knew it was a success we said, ‘hey let’s go into a genre and make sure we’re one of the best developers in the genre and try to improve all the time’. I think that’s what we’re doing right now: we want to improve on what we are good at and we know what we need, we have a lot of things we can improve on, and we need to work on that and be better at building those parts of the game. There’s a lot of improvement always.

If we do a new game we will probably have some strength from Vermintide 2 but there’s nothing planned yet, just a lot of small pictures and some internal prototyping going on in the background. There are some prototypes that I would really like to do but right now we need all the developers on Vermintide 2. So we’ll see when we start new things.