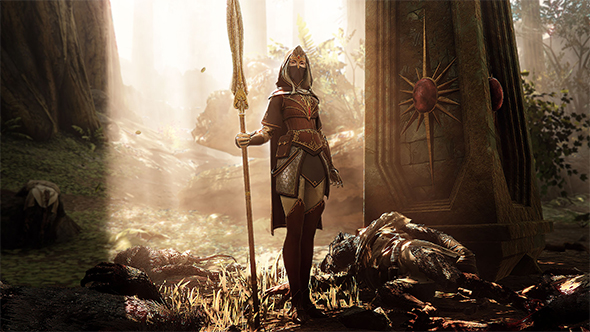 Warhammer: Vermintide 2 is out, and it’s already been a successful week for developers Fatshark, with 500,000 copies already sold. But releasing games in 2018 means that work doesn’t stop once a game is out, and Fatshark have already detailed some of what’s coming in the near future, including difficulty tweaks and more robust mod support.

Get more online action with the best multiplayer games on PC.

Fatshark intend to smooth over some of Vermintide 2’s difficulty spikes, and have already deployed some tweaks in early patches to make things easier on lower difficulty levels, CEO Martin Wahlund tells PC Gamer. “Watching streams of new players playing the game has been a very helpful tool for us to understand what has been the largest obstacles for new players.”

Wahlund also says that Steam Workshop support is planned for late April. He says they’ve been working with modders of the original game to build a system that gives more options to mod creators while addressing the concerns of those who prefer a vanilla experience. They intend to implement the “ability to separate the modded realm from the standard realm that our unmodded users have requested.”

As for how the team would sanction mods, there isn’t currently a set process, but Wahlund says that they may implement something like “being able to use the workshop’s voting system down the line to allow our users to show us what mods they want.”