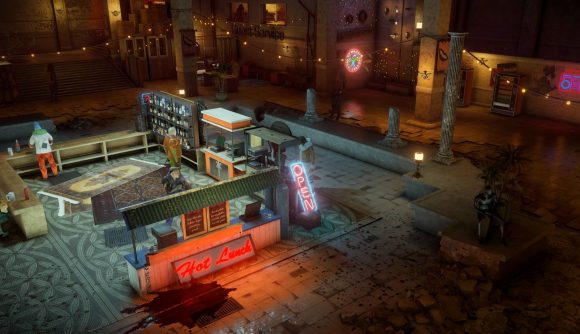 Wasteland 3 is the upcoming turn-based RPG from inXile Entertainment and the next game in the Wasteland series. While previous games in the series have featured multiple endings, it wasn’t known precisely how many this threequel would boast. Now, in an interview with PCGamesN, lead level designer Jeremy Kopman confirms there will be as many as ten endings, thanks to Wasteland 3’s narrative potential and the impact smaller choices have on the story.

“We’ve done the back of the envelope maths, and we have at least ten major ending points,” Kopman says. It’s not surprising, considering the number of dialogue options and how those choices can have a ripple effect throughout the game. In our hands-on preview, we were able to put those decisions into practice, playing out two alternatives, which led to two entirely different combat outcomes.

“And then there’s tonnes of smaller choices that impact little permutations of the ending that ripple out through various characters,” Kopman continues. “We also are tracking what different factions think of you, so how much The Patriarch’s security force The Marshals like you affects choices that you can make much later in the game.”

From what we’ve played so far the dialogue and narrative options are very extensive, which Kopman says is the hope behind Wasteland 3, to “remind people why they loved the post-apocalyptic RPG, that huge swath of choice and consequence”.

Bethesda’s Fallout series was an inspiration, he says: “Fallout is known for those choices where you can choose to do something very early in the game, and then it has a ripple effect that comes back 25 hours later.” He adds: “We’re drawing from the Fallout games, that’s our parentage.”

Set in Colorado, Wasteland 3 follows the decimated Rangers as they search the frozen rocky mountains for a character named The Patriarch, who offers the promise of supplies in exchange for the Rangers’ help with a family feud. The game is due to launch for PC, PlayStation 4, and Xbox One on May 19, 2020.