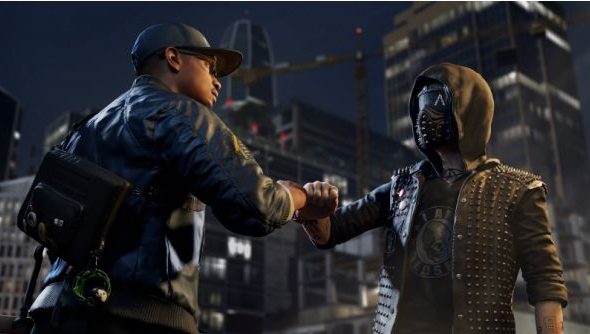 The comparisons between the Watch Dogs series and Grand Theft Auto, most notably the fifth edition of Rockstar’s crime-drama, are many and obvious. Cops chase you, you get in trouble, missions send you off doing ridiculous things, and you’re constantly managing various resources, driving cars and shooting guns. However, the development team don’t find it a detriment – if anything, they like that there’s this massive game they can almost assume their audience has played.

Watch more of our E3 coverage at our homepage, for all the best PC gaming news.

“The way I see it – many movies are shot in New York, we shouldn’t stop making movies in New York just because it’s been done,” points out Jonathan Morin, creative director. “So for me, making games in cities, we only scratched the surface. GTA does a great job at what it does, us, we’re all about hacking, everything has to be for that fantasy.”

He gives the example of seeing someone in Watch Dogs 2 and starting a fight. “If you can push someone in the street, or punch him, in our game it means you know who he is, you know his personality, you know if he has more chance of being pissed off. That’s useful, you can make him pissed off and then bring him into a guarded area, and maybe he’s going to start giving some sh*t to some of the guards and that’s going to escalate – that’s what we want.”

Morin also explains the games have to have crossover. “You can’t be in a city and not be able to get into a car, it needs those things, but in the same way shooters can go faster these days because people are used to the mechanics, we benefit from having players who understand the base but then you have to have your own elements to bring to the simulation.

“For us we’re simulating information, we’re simulating the ability for the player to wreck havoc in those systems directly. It’s harder! But it’s more fun! We’re actually looking forward to seeing, in the many years to come, what we could do, what other companies could do in terms of adding elements to the simulation.”

It’s a fair point – something like Doom isn’t going to happen without years of slower-paced shooters to teach people the basics. Infinite Warfare can go into space and add all this brilliant, ridiculous nonsense with flagships and fighter jets because it’s already done boots-on-the-ground warfare from World War 2, modern day and near-future. With GTA 5 and WD2, it can be easily assumed by sales figures alone that the vast majority of people who play the latter will have played the former. With that, they can push things forward.

Exactly how they do that remains to be seen, though we like what we’ve played so far.