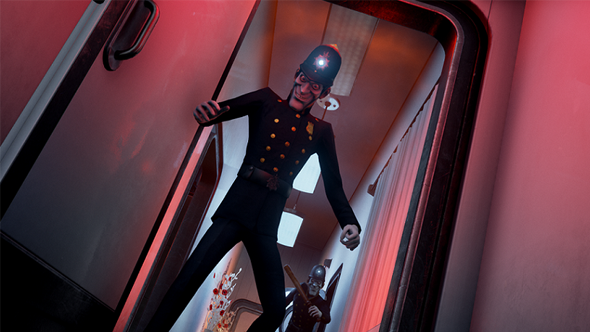 We Happy Few, the survival game set in an England dipped in a ’60s fever-dream aesthetic, is rolling towards release, but an update from its developers reveals that it will now only be getting one major update in Early Access instead of two.

The original plan, according to an update post from CompulsionGames, was to release two chunky patches for We Happy Few while it was in Early Access: the Joy update and the Parade District.

Now only the Joy update will be coming out before release with its release having now been delayed into mid-August.

“Early Access is amazing, but it’s becoming very complicated to maintain both a regular update schedule and lock down the story,” Compulsion explain. “The Early Access build is currently separate to the story build; they share a code base, but the content is slightly different. So far, the content has been able to coexist side by side, but as we add polish and really lace everything together, but this is changing. The Parade District, in particular, is intertwined so heavily with the story that we don’t think we can deliver a good ‘Early Access’ version, unlike the other biomes.”

The Joy update, at least, will be larger than originally planned, but if you were looking forward to running through a parade to escape sadistic bobbiesyou’ll have to wait until the game’s eventual (and as yet unknown) release date.