We Happy Few is a wonderful game to look at. Everything, especially the character designs and settings, is beautiful: it boasts a rich, vibrant 1960s dystopia reminiscent of TV shows like The Prisoner, and films including A Clockwork Orange and Brazil.

What it owes to those classics extends to the story, too. We Happy Few takes place in an alternative version of post-WWII Britain on a fictional island called Wellington Wells. The Second German Empire has invaded and sent all the children away, dividing the remaining British population into three groups: wastrels (who are immune to a mind-altering drug known as Joy), downers (who voluntarily stopped taking the drug), and wellies (who are well-and-truly hooked).

Over the course of the game you play as three characters – censor Arthur Hastings, chemist and it-girl Sally Boyle, and retired soldier and explosives expert Ollie Starkey – as they survive and interact with the other inhabitants of Wellington Wells.

Each of these characters’ stories is handled with grace, developer Compulsion Games understanding that, rather than simply tell us why the situation in Wellington Wells is so dire, it’s much better to show it through three personal tales of survival. Throughout Arthur’s story, for example, you see him constantly come up against the borders that have been put in place on the island, and encounter the underclasses out in the Garden District. You therefore need to negotiate his position over and over again, putting on disguises and doing favours, to move freely and without provocation. 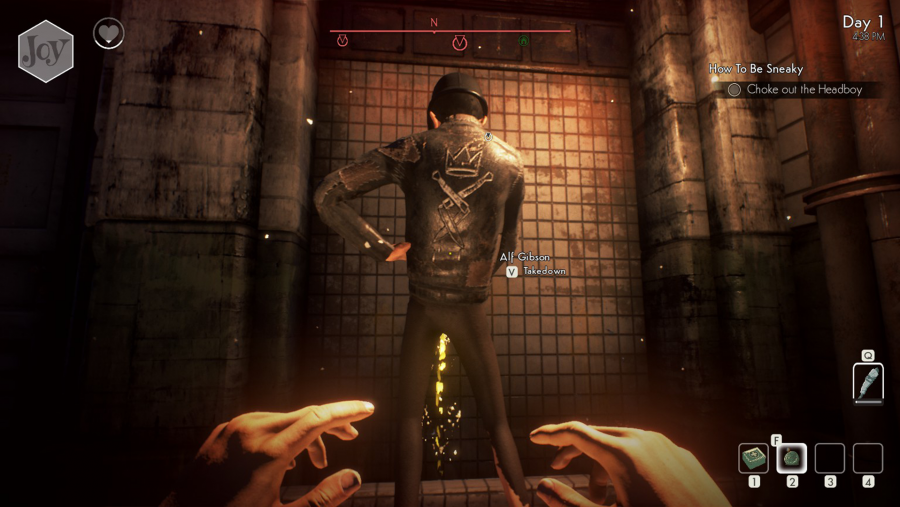 It’s a captivating conflict and one that results in some of the game’s most memorable moments. What may start out as a relatively simple quest to cross a bridge or enter a building can suddenly transform into a quiz show, or an indoctrination seminar, or even a game of Simon Says. These moments strike the right balance between comedy, horror, and drama – but that makes it all the more disappointing when the game fails to live up to the high standards that have been set elsewhere.

it’s hard to understand what impact your choices will have

We Happy Few isn’t all first-person exploration and scripted interactions. Instead, these moments are reserved for the beginning and end of specific questlines, with most of the time in between spent gathering plants to heal while evading angry mobs and finding the right ingredients for quest items. It’s when you’re let loose to do this in the open-world sandbox that the experience quickly turns into a real slog.

The survival elements feel massively underdeveloped, and though you can technically customise them prior to playing or pick another difficulty level to tweak them, it’s hard to understand what impact your choices will have before getting started on a normal playthrough. While completing quests, you‘ll need to keep a constant eye on multiple status bars detailing your level of hunger, thirst, and the amount of sleep you’re getting. On top of this, you also have to take Joy to blend in with the population inside more affluent areas. These mechanics do nothing but inflate the game’s length and test your patience, rather than add any real value. 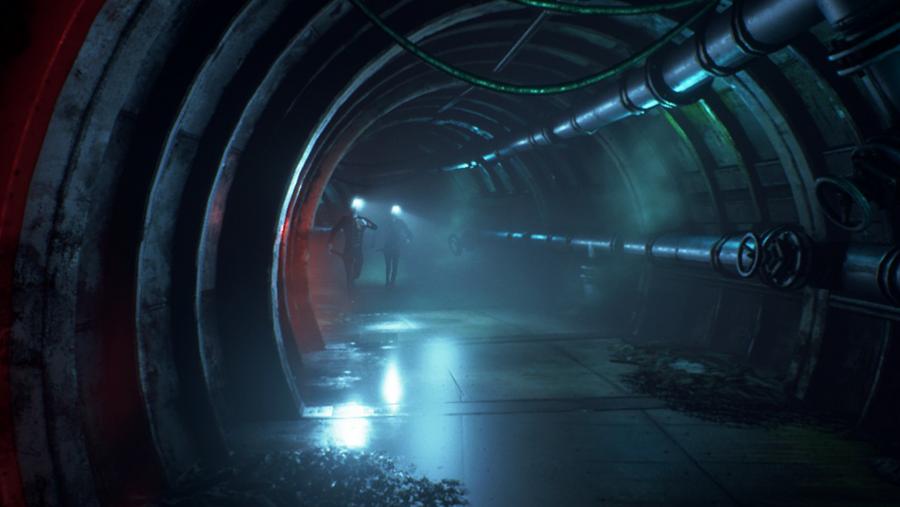 To give an example, I ran out of Joy while exploring a district populated by wellies and spent roughly 20 minutes trying to get away from the mob chasing me. I must have travelled down every alley and every street to escape, with new enemies always aggroing slightly ahead of me and dashing any attempt at hiding or blending in with the environment. You might think this would make for a tense or frightening experience, but the whole time I never felt I was in any danger. The mob only served as a minor annoyance that was stopping me from progressing, mostly just filling the screen with more clutter.

As the 'it-girl' of Wellington Wells, Sally Boyle wears the most fabulous outfits in town and kits out the rich with drugs that best those in any pharmacy. But it's all a front that she uses to hide her deadly secrets... and her attempt to escape the Joy-riddled population.

The other problem is the implementation of the crafting. You can get through most of the game without crafting, beyond making the odd consumable or story item. I expected crafting to be more central to the experience and give me the chance to get creative, but you can approach nearly every fight the same way: you just need to hit your opponent, block, and then repeat the process until you win. You’re never encouraged to go deeper than that with the tools you can construct. And, even when I actively tried to use the caltrops, tranquilliser darts, and vomit bombs, it felt far less efficient than simply going in and thrashing someone with a cricket bat.

The upgrades are a bit of a letdown, too, acting more as an admission of guilt. Most of the upgrades simply remove the survival mechanics that bog the game down, which begs the question of why those mechanics are there in the first place. 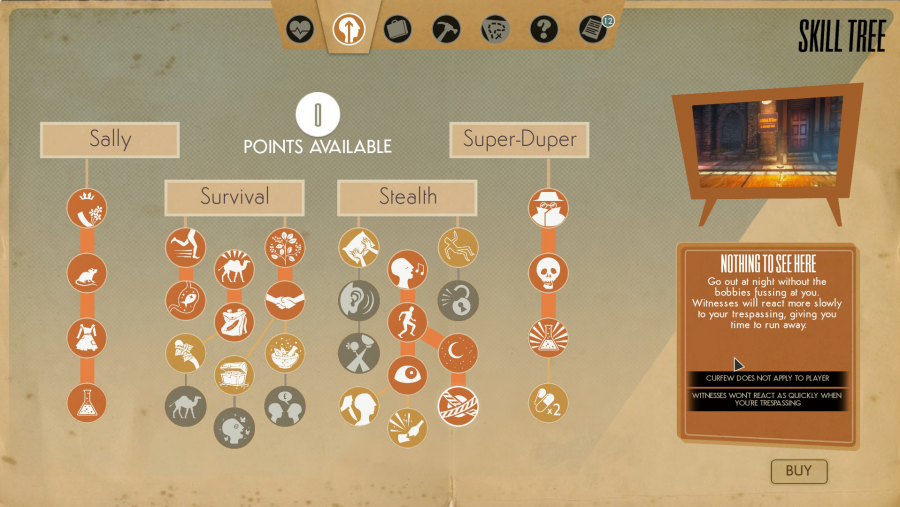 Perhaps the biggest issue, however, are the many bugs and technical issues that plague the game. The UI for Dig Spot chests sometimes doesn’t appear. Characters often hover in the air. And it isn’t uncommon to see an NPC get stuck in the environment, or to get stuck yourself. I had to reload an old save a couple times, in fact, due to getting trapped inside the level geometry and ducking down what I thought to be an alleyway before realising that it was actually an asset that hadn’t loaded in properly. It’s grievances like this that further detract from the overall experience and make it hard to get properly invested.

Beneath We Happy Few’s flaws is an excellent story, some clever first-person exploration, and a bunch of stunning design work. But the rest of the experience feels profoundly self-conscious and unsure of what it actually wants to be, imposing on you in some areas while remaining hands-off elsewhere. If you’re absolutely set on picking the game up, I recommend waiting for a patch to address these issues and lowering your expectations in the meantime. Otherwise, you’re going to be in for a real downer.

There's a brilliant game that mixes peril with colourful exploration inside We Happy Few, but it's buried under flawed systems and bugs