What’s up everyone, it’s your boy Ben Barrett with your weekly dose of digital discounts. Okay, I’m not really Ben, but I imagine that’s the sort of thing he’d say – I’m actually much better than Ben. Think of me as an upgraded Ben Barrett who isn’t called Ben and smells much nicer. Sorry, I’m just jealous because he’s in Poland and I’m sat on a hard chair, with a bad back, on diazepam, in my house, eating chocolate, while crying.

… Crying with happiness, because I just found all these awesome deals! Ben couldn’t link paragraphs that smoothly, no chance. Speaking of Ben, do you know what else has three letters? I’ll tell you: GOG. They also have a pretty sweet sale on at the minute. Take that, Ben.

As well as an assortment of discounts on some cracking games, GOG is offering a surprise indie game in the form of apiñata. For $3 you can smash that sucker open and get a mystery indie game that you might have played, might have never heard of, or might have fancied picking up for a while. At that price, it’s worth the gamble – maybe you’ll uncover a hidden gem inside the entrails of the slain beast. Meanwhile, Steam is hosting a publisher sale for Namco Bandai and Humble are being brilliant as always. Here’s some of the highlights: 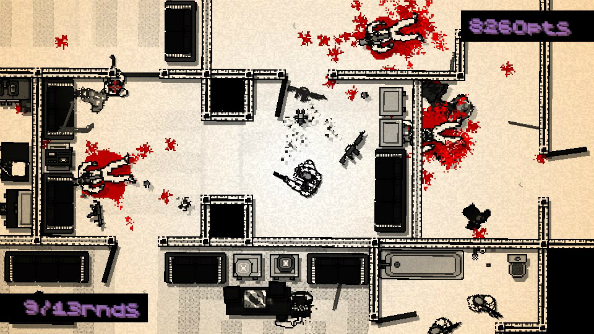 Hotline Miami is just the best. One minute you’re dancing through a building, going room to room and splatting peoples’ faces with a variety of weapons, smashing people with doors, throwing boiling water in faces and blasting fools with shotguns. The next, you’re solemnly walking back through the carnage – gone is the hyperactive music, replaced by a low hum as you are forced to think about what you’ve done. Then you do it all over again. It’s surreal, stylish and brutal. There’s nothing else quite like it – discounting its inferior sequel – and you can grab it for £1.39 on GOG. 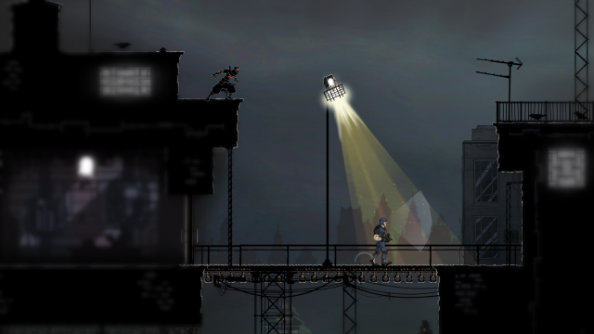 Mark of the Ninja

Klei is one of my favourite indie studios: Invisible, Inc., Don’t Starve and Mark of the Ninja. All three are fantastic, and all three are completely different, with only the studio’s flair for the visually striking to tie them together. I only played Mark of the Ninja recently, it sticking to the shadows and completely passing me by back when it released. When I got my hands on it, though, I soon realised what I had been missing. I wasn’t sure if 2D stealth would work, but Mark of the Ninja’s systems give you enough options to put most 3D stealth games to shame. No game has captured the fantasy of being a ninja quite like it, and its price has been assassinated on GOG who are selling the special edition for £4.09. 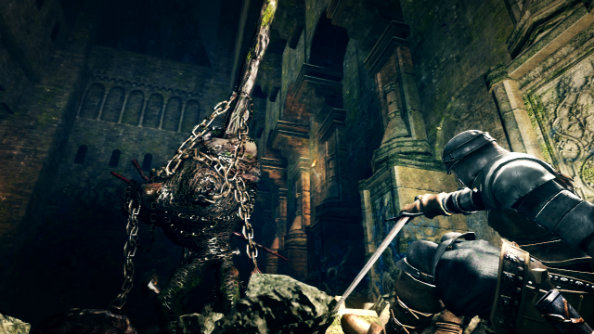 It’s Dark Souls. You either love it or you hate it. You’re either right or you’re wrong. You either have the patience for it or you don’t. If you do manage to power through it, there’s nothing quite as satisfying. Beneath all the talk of its difficulty, there’s a finely balanced game that teaches you how to overcome obstacles in the same way an electric dog collar might stop old Fido from barking all the time. There’s a unique moveset for almost every weapon in the game, and dancing around in tight clothes with a rapier is as viable a tactic as clubbing people with half a tree while cosplaying as a tank. This is without touching on the unspoken etiquette of its PvP encounters where other players can invade your game. Take a bow and grab it for £4.99 on Steam. 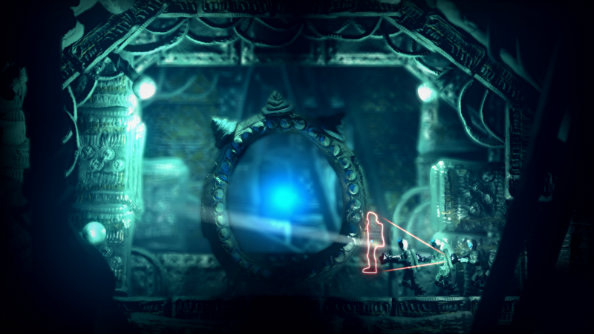 It’s not often a game makes you think about its story and its puzzles, but The Swapper does just that. Exploring an abandoned facility, The Swapper sees you creating clones of yourself and switching your consciousness between bodies to solve puzzles. Each doppelganger moves when you move, creating some mind bending puzzles as you try to deftly position clones in each corner of the screen simultaneously. You can even fire clones upwards, flicking your consciousness to each new one on the way up like a meaty ladder, the corpses of your discarded other selves crumpling to the floor with a weighty, pulpy splat. All the game’s environments were modeled with clay which, mixed with the sparse lighting, gives the game a distinct aesthetic. The Humble Store is pretty much giving it away at £1.99. 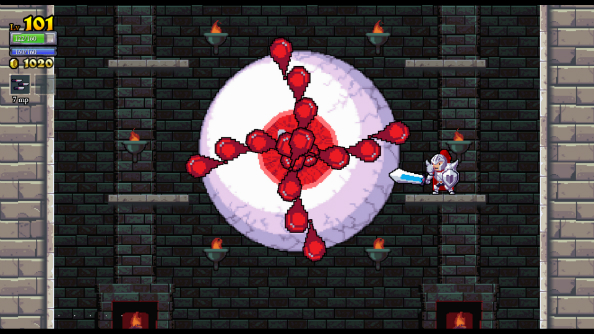 It’s a roguelike where your progression carries over in the form of wealth. Raid procedural dungeons, fight monsters and get rich in this side-scrolling masterpiece. When you die, you choose an heir and inherit the fortunes of your previous run, using it to upgrade your equipment. It takes a while before you start making progress, but it happens suddenly. Before long, it’s hard to tell whether you’re getting better or your equipment is making you better. Really, it’s a perfect blend of both. It’s a tightly refined sense of progression that quickly gets its hooks in you. You’ll want to keep playing to unlock that next thing, or perhaps to see what a specific personality trait your new heir gives the game. I went into Rogue Legacy not knowing what to expect, but after defeating a giant eyeball as a colourblind warrior called Gertrude I was in love. You could have the same experience for £1.49 if you go on the Humble Store. 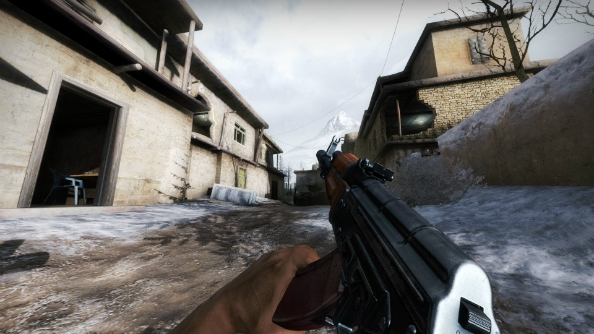 I’m going to make a pretty big claim here and you might not agree with it. Please try to not get angry. It’s only my opinion and, although they are always correct, you shouldn’t let that bother you. Insurgency is the best online shooter on the PC. There, I said it. I’m sorry, but I really believe that. Battles are tense and immediate, bullets sound deadly, their impacts look deadly and they feel deadly when they make you dead. That’s all I really want from a shooter. It’s very tactical, too. You’ll find the teams that communicate are nearly always the ones who win. There’s also a really strong cooperative mode for those who lack the twitch skills for competitive multiplayer. The selection of maps are strong, with dusty Eastern villages and other tight urban environments. Plus, there’s Steam Workshop integration for when you’re sick of the vanilla maps and modes. All this for £2.74 on the Humble Store.

And that’s your lot! There are loads of good deals floating about, so please sound off in the comments if I’ve missed anything vital. These are just a selection of some of what I consider the best. I’d love to hear yours! I might even pick some up myself based on your suggestions, you lovely lot.

Peace out – or whatever the cool kids say.