Hello, cheap game fans. It’s that time of the week again. You know, the time where we find some kickass game deals and convince you to spend money on more PC games that you’ll probably only play once, only to go back to being paralysed by choice for the rest of your gaming life. That time.

Like cheap stuff? We’re giving away 10 copies of Castle Crashers. 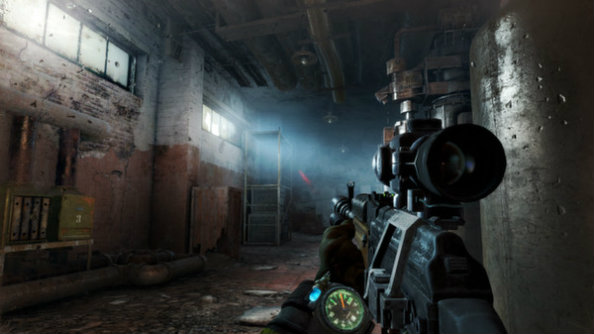 Wipe that condensation from the cover of your gas mask, this isn’t an error – you can actually getMetro 2033 Redux and Metro: Last Light Redux for £6.24 right now. Two of the best single-player shooters of the past few years, these plonk you in a world inspired by Russian novels where citizens live deep within Russia’s metro tunnels, trade in bullets and try and avoid the monster-infested, irradiated surface above. That doesn’t mean the tunnels are safe, though. There are supernatural oddities, fascist political parties and even more dangers in the cramped tunnels of the metro. It’s a bleak setting, but it’s wonderfully realised – they’re easily among the most atmospheric games I’ve played. While not perfect, they deserve to be played by everyone. I loved the world so much that I read the book. There’s less shooting in the book. 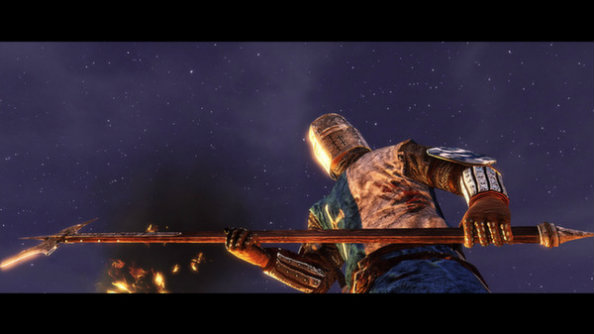 I’m going to be entirely honest here: I suck at Chivalry: Medieval Warfare. I spend most of my in-game time watching my lifeless body slump to the floor from the perspective of a decapitated head, but I still have a great time. It makes a change from all the guns and killing to play a game with loads of melee weapons and, erm, killing. I like killing, alright? In games. Well, this is awkward. Anyway, yeah, Chivalry: Medieval Warfare is great. Whether you’re storming a castle in full armour with a massive claymore or hiding in the ramparts and raining down arrows and hot oil, it’s consistently good fun. It’s currently £3.79 on Steam. 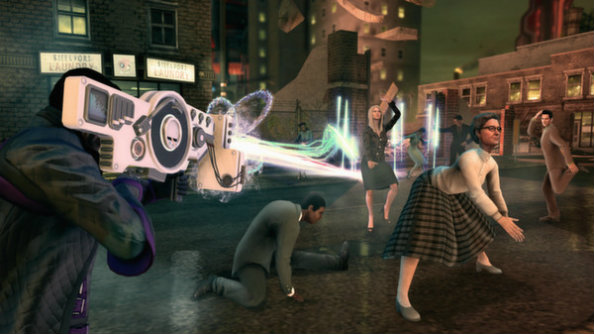 See yourself go from petty gang leader to kingpin to the President of the United States in this huge package. You get access to Saints Row 2, Saints Row: The Third, Saints Row 4: Game of the Century Edition, and a ridiculous amount of DLC, including Gat Out of Hell. What started as a series that was trying to ape GTA, Saints Row has expanded and developed a personality of its own. You don’t get to fire a dubstep gun or fight a sentient toilet in GTA do you? All that for £13.59. 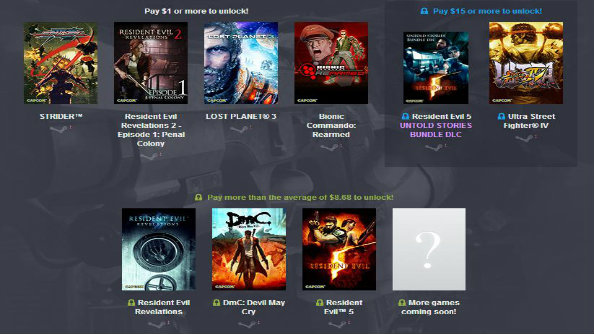 The Humble Capcom Bundle – or as I like to call it, the ‘worth it for DmC alone Bundle’ – is a belter. Three doses of Resident Evil, DmC and the criminally underrated Strider reboot, all for around £5. Chuck in a bit more and you get Street Fighter 4, too. Lost Planet 3 isn’t terrible, either. It’s like a Western, but instead of a horse you’ve got a massive mobile drilling platform that fights even bigger aliens. Plus, as I said, DmC is worth the price of admission alone. That high contrast, dreamlike visual style fits so perfectly with the slick and stylish hyperactive combat. If you haven’t tried it, please do so right now. Cheers.