This week Matt and Rob both dive into the history of the period games, Matt pining for more Russians for the meatgrinder and Rob praising the balanced asymmetry achieved in Red Orchestra 2: Rising Storm.

Meanwhile Julian’s got a taste for split screen co-op and is angry that no one seems to be serving it.

The reason why I love Company of Heroes so much is it feels like an RTS that works on real-life battle principles. Where StarCraft has its own unique tactical demands based in muscle memory and rock-paper-scissors, in Company of Heroes I can field men in the ways commanders actually would in WW2. The big benefit of being a bit of a history lover is that I know the ways each of these armies won their battles. So I went into Company of Heroes 2 this week expecting to make the most of the Russian war machine. Turns out I can’t do anything of the sort.

You don’t have to have an degree in history to know that the Russian army invented zerging before Blizzard. Due to mass conscription there were countless millions of people in the Soviet armed forces, and sheer numbers were often the decider in battles. Sure the Germans were remarkably trained and used first-class weaponry, but a horde of men trained how to shoot forward and little else kind of does the trick when you outnumber the enemy five to one. Company of Heroes 2 does almost nothing to replicate this. There’s a button that summons a single squad of conscript soldiers for no resource cost, but a team of six men hardly screams ‘superior numbers’. Occasionally a Commissar will turn up and shoot retreating units, but this famous Russian tactic lasts about eighty seconds before the gun-wielding maniac retreats into the HQ for a bit of a rest.

The answer to making the Russians match to their history would have been simple; make the conscripts Zerglings. A constant stream of weak infantry that could be used to bombard enemy positions whilst you used better trained, more expensive units to flank from the side and cause the real damage. And those Commissars should be a constant presence on the field, being the unique weakness to on otherwise overwhelming army.

Company of Heroes 2 is still a blast to play since the Ruskies are basically the Yanks with different skins, and they were fun to play before, so an element of tactical joy still remains. But whereas the British felt unique because of their reliance on artillery, and the Germans felt highly mechanised, the Russians just feel quite generic. And for one of the most interesting armies of the war, that’s a bit of a shame. 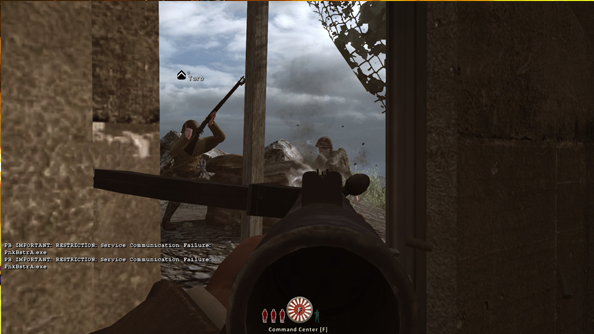 Matt, you just identified my biggest problem with Company of Heroes 2. The Soviets do not really feel like a particularly new faction, which kind of gave me an unfortunate feeling of retreading old ground.

If you want to see faction design done right, you really should take a look at Rising Storm, which I’ve been playing obsessively this last week. I had my misgiving about its realistic approach to the war in the Pacific, where the Japanese were frankly under-equipped and overmatched. But in practice, playing an asymmetric FPS is really fascinating. It’s basically learning two entirely different styles.

The Americans are easier to learn and play. Everyone and his brother has a rapid-fire gun of some sort, and so you can just suppress the Japanese and advance while their heads are still ringing. But balancing that is some pretty tough objectives for the Americans. On most maps, the Americans have to advance a huge distance over difficult terrain, and the Japanese have so many places to hide that it’s almost impossible to keep them all suppressed.

The Japanese, on the other hand, really have to make something out of nothing. Their one major weapons advantage is a grenade launcher, but that’s countered by the fact that they have nothing but bolt-action rifles, indifferent submachine guns, and a handful of squad machine guns. So for the Japanese, everything comes down to ambush tactics and sudden, coordinated counter attacks.

I’ve ended up spending most of my time with the Japanese. In a weird way, it feels like you can make more of a difference there. People seem to work together more, probably because they have to. I had a game where we got completely rolled, and ended up clinging to the final control point with the majority of the match still to play. And suddenly, everyone had shut up and was listening to the two or three veterans on chat who were serving as our officers. We ended up fighting off wave after wave of Americans, overrunning them with bayonet charges every time they came close to capturing the point, and retaking our defensive line. Then we’d get pushed back again and it would be room-to-room combat in an old warehouse complex. We were all counting down the clock as the match ended, and the whole voice chat erupted in cheering when we won. It was like we’d just landed on the moon.

It made me think that balance is overrated, and perhaps even harmful. Imbalance, provided it isn’t too bad, can make an experience much more interesting. The odds might be skewed a little bit, but it actually forces more creative, more skillful play to counteract them. That seems like a worthwhile trade-off. 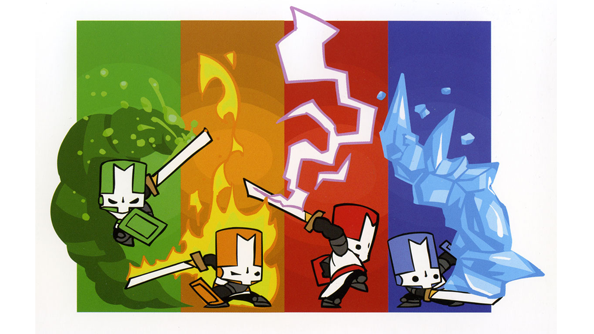 My house has become obsessed with The Behemoth’s side-scrolling beat’em’up Castle Crashers. It’s adorable art style, frenetic action, and simple controls are part of the draw but, simply, it’s that we can play it together, all four of us, that’s captured us.

It’s the first PC game I’ve managed to have the four of us play at once and this isn’t because I’m against multiplayer but because it’s so rare to have a game support shared screen co-op, particularly with up to four players.

Why is split or shared screen co-op on the PC such a rarity? It’s treated like an arcane art only found in the console’s grimoire. It’s particularly frustrating when multiplatform releases have had the feature stripped from the PC skew. I have to hotseat Black Ops 2 with my flatmates when we play in my room, whereas downstairs, playing on the Xbox, we can all play together. I’ve enough USB ports for us all but the developer has decided that that’s not how PC gamers play.

While more games are beginning to offer the option on PC it’s still not frequently enough that you can expect a new release will have it. Nor is it a feature which is publicised enough so as to poke developers into action – if you have same screen co-op in your game then you should plaster it over your features list, box image, and press releases. I want to know.

I’ve always praised the PC to friends in conversation but with the increasing ease of connecting my tower up to a television I should be able to play with them and prove that the PC is worth paying attention to. Developers, let me.