This week’s playlist sees the team take on two of the best strategy games of the year. Matt struggles to lead his people in Divinity: Dragon Commander, failing at every turn in all his roles as Emperor, whilst Rob dives headfirst into Europa Universalis IV and discovers that he might need to check into a clinic if he’s ever to escape it.

Meanwhile Fraser goes on a merry jaunt around Tyria as his mission to explore the MMO genre continues. He’ll be leaving a positive review for it on Lonely Planet.

In the unlikely event that I ever become a candidate for the ruler of your country, please don’t vote for me. I will ruin your lives. I might preach about how I’ll pull your world from the brink of decay, but the likelyhood is I’ll screw it up even further. I’ve discovered my ineptitude for government during my time in Dragon Commander. As you can imagine, I’m not any good at it.

Specifically, I’m not much cop at the strategy side. The genre has never been my strong point, but trying to keep my territory out of danger has been quite a struggle. The only foreign policy is war, and that applies for every other ruler out there. The first few turns of my game were a constant back-and-forth of territory control, before the enemy seized my capital and committed mass genocide of my population. It took me two restarts and a dial-down of the difficulty for me to last more than a handful of turns.

Thankfully the RTS side of things can be handled by generals far more adept than I am (including a wonderfully snobbish lizard with a monocle and beautifully-folded cravat), which keeps my armed forces in check. This leaves me with the RPG elements, which I expected would be a breeze. Say yes to legal homosexuality, say yes to free healthcare, say yes to workers rights. It was all going fine until I broke the bank through my expensive domestic choices. Just as I thought it couldn’t go more wrong, I managed to convince my wife (a beautiful elf princess who I probably married because of assets that weren’t political in nature) to get herself wrapped up in a political rally, which soon degraded into a riot. She became almost single-handedly responsible for the death of a thousand refugees, and is now serving a lifetime sentence in jail.

A failed general, a failed emperor, and a failed lover. Dragon Commander really knows how to sink the knife in. 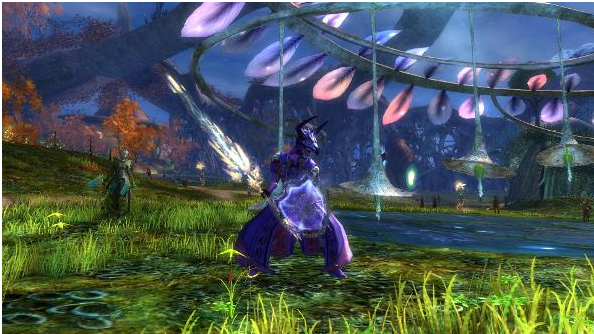 I’ve been getting heavily into Guild Wars 2 this week. In fact, for the last few weeks, I’m more often than not found bouncing off walls in the guise of an asuran engineer or looking very pretty as I saunter about the place as a sylvari mesmer.

This last year has seen me jumping around the MMO space with wild abandon, from Neverwinter to DC Universe Online, clocking over 100 hours in Star Trek Online, and then there’s been all the betas, like Firefall and Final Fantasy XIV. So I didn’t think I could fit another obsession into the mix, but Guild Wars kept calling to me.

At first, it was merely because I really wanted to spend more time playing my mesmer. It’s a fascinating class, using illusory clones to harass, damage and steal boons from foes, and one can also use a gigantic sword like a laser cannon – this appeals to me.

But it’s the “Living World” that’s seen me investing more time into the game. ArenaNet’s dedication to maintaining forward momentum is a double-edged sword, however. It’s wonderful for players that have already experienced the majority of the content, continually adding a slew of new item skins, gear, quests, puzzles and expanding the story, but it threatens to leave the rest of the world a wee bit barren.

I had a grand old time zerging around the huge pavillion in Divinity’s Reach, slaughtering all manner of nasty creatures so I could purchase some rare gear and sexy appearance modifications for my bad-ass greatsword, but when it came to participating in some of the older content, I had a bugger of a time finding anyone to play with.

That said, the current chapter in the Living World has scattered quite a few events and activities throughout the globe, getting folk to leave Divinity’s Reach and do some more exploring. I can barely walk ten paces without seeing a hot air balloon – a new and temporary mode of transport – which usually has an escort quest or a duel associated with it, as well as some loot to fill my bags with.

Pottering about in Guild Wars has also allowed me more time to catch up on my podcasts, as I’ve tired a bit of the voiced dialogue and music. Rob will be pleased to know that I’ve been devouring 3MA, and I’ve been getting my D&D kick by listening to the new Acquisitions Incorporated with Penny Arcade’s Tycho and Gabe, PvP’s Scott Kurtz, and the adventuring group’s newest intern, author Patrick Rothfuss. Fun stuff. 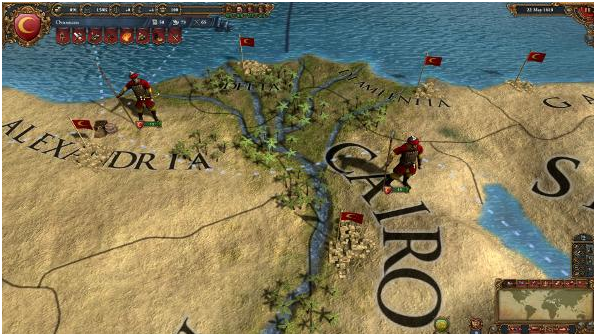 Save me from this game. You could not engineer a more perfect addiction for me. I love sprawling, open-ended strategy games, international politics, and the 17th and 18th centuries. EUIV is basically strategy heroin. When I finally break its spell after a three hour stint, I usually wander my house in a listless haze for an hour before firing it back up.

Happily, this is also a game I regard more highly the more time I spend with it. After 50 or so hours with its predecessor, I had roughly figured out the systems and learned some exploits that would let me run roughshod over the opposition. More importantly, simply having focus and strategies that evolved over the entire game gave me an edge that the AI could not come close to matching.

I don’t have it anywhere near my own way in EUIV. Even playing as the Ottomans, who have history on their side at the start, I’m running into stiff opposition via some of the new systems Paradox introduced. Monarch points, for instance, sometimes seemed like they were so plentiful that they were a route to “no-brainer” upgrades. But as things get more complicated and you occasionally enter periods of governmental stagnation or incompetence, they are a brutal limitation that force you to choose what important areas you will become weak in.

Better still, the AI no longer has amnesia about what you did ten years ago. Grudges last longer, and coalitions mean that an expansionist will quickly find itself surrounded by a collective security alliance that makes even small gains require continent-spanning wars. It will take a long time for me to feel I’ve come close to mastering this game, and I don’t see myself getting tired of it for hundreds of hours.

Which is bad news for other games, work, relationships, and exercise. Like I said, someone save me.