Due to recent budget cuts this week’s playlist runs a little short at just two entries, we just couldn’t afford the rental of any extra gaming booths at the local gamatorium. As you can imagine, Tim wasn’t best pleased to learn that Julian used his limited time in the game booth to play Valkyria Chronicles, a PS3 game.

He was somewhat happier to find that Rob had at least played a PC game, Anno 2070, a game Rob’s calling the “Alpha Centauri to SimCity’s Civilization”.

With Paul abandoning his cities in our shared region on EU West 2, leaving me with a city full of arsonists and thieves on my border (who promptly paid my city a visit and started a hazmat fire), I decided to take a little break from SimCity to take a look at another relatively recent city-builder.

Anno 2070 fascinates me because it is so deeply pessimistic about the future. It is about designing cities on the precipice of the apocalypse. The world is flooded by climate change, yet still ravenously hungry for energy and consumer goods. Your role is to somehow satisfy the opposing imperatives of consumption and conservation, and that tension is further exacerbated by optional sidequests and missions that come from the Eden Initiative (Greens) and the Global Trust conglomerate.

Anno 2070 may not have had the budget of SimCity, and its artwork and some of its interface seems very coarse compared to the polished, always-attractive presentation of SimCity. But I’m a sucker for atmosphere, for a game that attempts to say something. Anno 2070 doesn’t share SimCity’s comfortably anodyne vision of the modern city. You don’t just tech up and suddenly your old, filthy factories are super-modern semiconductor or aerospace manufacturers. Your cities aren’t powered by happiness, and progress comes a price. In many ways, Anno 2070 feels like Alpha Centauri to SimCity’s Civilization. Both can be a great deal of fun and are extremely well-crafted, but it’s the darker, more speculative one that I suspect will stay with me long after I’ve finished it. 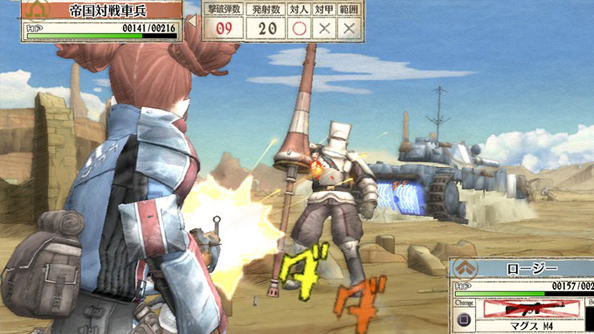 I’d a brief love affair with XCOM last year; a week of late nights, early mornings, and a flurry of humiliating multiplayer games but then it stopped. Overnight, I lost interest, the endgame just didn’t grab me; once I’d established a base and built a solid squad the matches became too repetitive. I think that’s the vital difference between XCOM and Valkyria Chronicles on the PS3 and maybe something the former can learn from the latter, or something that a modder may be able to fix in time.

Set in a Japan-ified version of Belgium during the Second World War, Chronicles has you step into the shoes of tank commander Welkin. Though when it comes to the actual game, Welkin is simply a unit on the battlefield, one you can’t let die, but hardly special nor more useful than any of your other ground troops. See, like XCOM, Chronicles is a turn-based strategy game, though rather than have the randomised levels and hands-off campaign of Firaxis’s title, it’s flush with a scripted story and levels.

The advantage of this style of campaign is that, despite being a fair way into the game now, I’m still finding each level strategically fresh and, more importantly, challenging. XCOM’s levels slipped into repetition because the elements which were being randomised – enemy rosters, equipment, and placement – weren’t offering enough variety to keep me entertained. I’d run the same tactics with the same squad every time and largely meet with success.

In contrast, a mission of Valkyria I played this morning had me switch up from attack and had me defending against a behemoth of a tank, it was trundling through the map, it’s front and rear armed to damage armoured units and its sides littered with anti-infantry machine gun nests. It forced me to keep my entire squad mobile in a way that none of the previous missions had, forcing me to restructure my playstyle entirely.

It sounds like I’m completely writing off XCOM’s campaign, which I don’t mean to, sandbox campaigns outside of historical strategy titles are rare and should be experimented with but I do think its lack of variety is to its detriment. If there were a greater number of maps, more styles of mission, more one-off events I think there’d be more to commit me to completing an XCOM campaign.

If you’d like to know more about Valkyria Chronicles check out Paul’s retrospective.

{"schema":{"page":{"content":{"headline":"The Weekly Playlist: the one where Rob tries to save the world and Julian turns traitor","type":"post"},"user":{"loginstatus":false}}}}