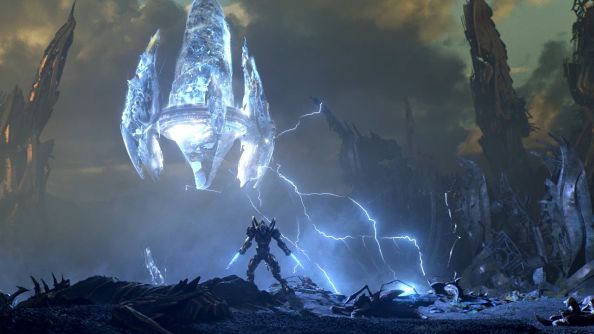 Legacy of the Void is out today, concluding the trilogy of story campaigns Blizzard laid out long ago and bringing to an end the period when we knew what the next StarCraft game was going to be called (although if history is any guide, whatever comes after this will probably be acronymed HotS).

To celebrate, we’re giving away a big, boxy Collector’s Edition of Legacy of the Void, plus standard copies for five runners-up. To be in with a chance of winning, you must be both based in the UK and clever enough to answer a very tricky question.

Here it is: If you were designing a fourth playable race for StarCraft, what would it be?

Answer in the comments below, and we’ll judge your invention on its uniqueness, silliness, and on whether or not we can imagine having a good time clicking all over the screen in control of your pretend units.

The cleverest entrant will bag a Legacy of the Void Collector’s Edition – which comes replete with behind-the-scenes DVD and Blu-Ray, soundtrack, 174-page field manual and in-game goodies – plus standard versions of Wings of Liberty and Heart of the Swarm. Five other worthy wordsmiths will receive standard editions of the new expansion. 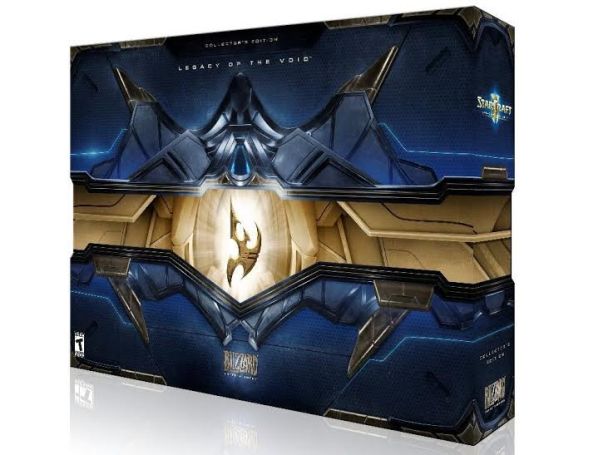 Entries will be accepted until midnight UK time on Friday November 13th. And just to stress – because we don’t like to see anybody disappointed – we can only deliver the goods to UK-based entrants. Last thing: don’t forget to Like us on Facebook to be informed of all future giveaways.