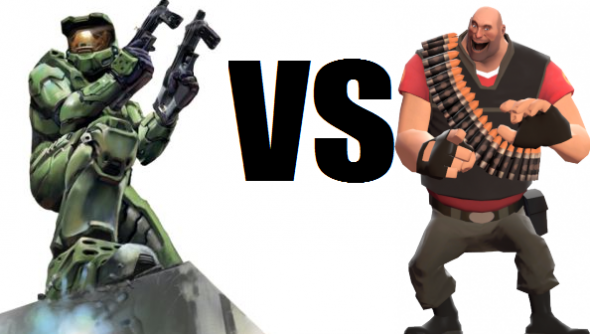 Industry chatter suggests that the Xbox 360 and PS3 are about to be supplanted by new hardware. It’s an exciting time: a new generation of consoles generally means new types of games, new franchises and a new benchmark for graphics and presentation.

For a few months at least, it feels like the future has arrived.

If Sony and Microsoft follow the paths and principles laid down in the current generation, I fear they’ll run headlong into a brick wall. I fear that, as game development fragments, across devices, business models and audiences, the consoles may be left high and dry. I fear that stubborn restrictions, administrative bloat and bureaucracy will get in the way of one simple mission: getting incredible games into the hands of players.

So: here’s some lessons I wish the console manufacturers would take from the success of the PC.

Charging developers to issues patches that improve their game after launch was insane back in 2007: in 2013 it is a madness that simply has to stop. Microsoft’s policy on the Xbox 360 is to charge upwards of $40,000 per patch: if this continues, I can see vast swathes of talent leaving the consoles for more lucrative business elsewhere.

Why is it madness? First of all: game developers, quite sensibly, are hesitant to release patches until they’ve caught all the possible bugs and issues at once. That means that problems can be identified at launch, but not fixed until weeks, even months later.

Second: it restricts developers from experimenting and improving. In gaming’s risk averse world, any additional features, levels, or ideas have to be weighed against their potential cost. The charges dramatically reduces the lifespan of a multiplayer game: content drops and balance updates that might keep the disc in the drive just don’t appear.

Third: it fundamentally undermines free-to-play business models. Successes like League of Legends, Team Fortress 2, or Planetside 2 simply couldn’t happen within the current console regimes. All free-to-play games rely on constant, near weekly updates. Players expect new stuff: both paid for and free, relentlessly. If the game isn’t getting better, they’ll just move onto something else that is. Why are games fun? The theory I put most stock in is that they allow us a kind of accelerated mastery. Games reward you for learning and applying knowledge: they make you smile as you get better at them. If that’s true; then we should aim to make and play games where the skill ceiling is near infinite.

One of the weird oddities of PC gaming backs that theory up: our most played games are often inordinately deep, complicated and hard to master. There is a level of strategy and knowledge expected from truly great games, that I just don’t see in most console games. League of Legends and Dota 2 are arcane, weird, baffling designs that expect you to spend days learning their rules and tricks before you can even be considered competent.

Eve’s learning curve might be one of the jokes of gaming, but after eight years of playing something as allegedly accessible as World of Warcraft, I’m still learning new tricks.

I don’t think there’s anything special about those that play on the PC that makes them any more receptive to complicated games. I don’t think it’s to do with the joypads not having enough buttons, either.

I just feel that developers just haven’t had a chance to experiment enough. The logical route to take in development would suggest that success is reliant on making your game as accessible as possible – that should reach as wide an audience as possible. But fun rarely obeys logic.

There are console games that give me heart. The success of the famously punishing Dark Souls and Spelunky suggests console gamers will embrace and adore tough problems. Monster Hunter is still absurdly popular in Japan. Kids are still gorging their brains on the evolution and demands of their Pokemon.

I’d love to see more of that level of complication and commitment into Microsoft and Sony’s own offerings. I’d love to see the two produce games that stretch players as hard as Dota 2, or Starcraft, or Eve. Or even Pokemon. Here’s an interesting piece of weirdness for today. On Twitch.TV, there are ten times as many people watching FTL being played than there are watching Halo 4 being played. I know why this is: streamers who’ve built vast audiences on PC, are perfectly happy to showcase smaller indie games to their audience.

But there just aren’t the same kind of streaming personalities that show console games.

The eSports and streaming community’s ferocious glare makes games better: it encourages better communication between developers and gamers. They require developers to improve and balance their game with high-end play in mind. They promote and advocate games to their audiences.

Here’s a quick way to replace all that lost revenue from charging developers to patch their games: let gamers stream their game playsessions through front-page placement on Xbox.com and Playstation.com. Promote the most popular streamers on the dashboard and XMB. Share ad revenue with them. Run back to the bank, giggling.

Hey Sony: that $380 million purchase of Gaikai could help a bit with this. Let developers talk to their customers when the disc isn’t in the drive.

The current Xbox dashboard is built to serve Microsoft, not gamers or developers. It’s bloated with advertising and recommendations, putting the games we’ve paid for behind multiple clicks. Worse – there’s no way to see what’s going on within the games. Developers and publishers have to rely on external news feeds to broadcast what’s going on to their community. This is madness: everyone wins if Minecraft players are alerted to new skin packs coming, or if Assassin’s Creed players get to see that a sequel has been announced.

On the PC, it’s a bit easier: Steam delivers select news sources to gamers within the client, while forums and community hub pages let players talk back and amongst themselves.

Whatever Microsoft and Sony build as an interface for their next consoles, one of the most important upgrades should be community hub pages for every game you own: where on a single view you can see what’s going on within that game – what’s new, who’s playing, what’s being talked about and what the media and developers are saying. Let developers build loyal communities; and let them build them on the console. Be more flexible on pricing

In fact, they’re downright astronomical. In the UK, Games on Demand copies of Xbox games cost £49.99 – an astonishing amount of money for a game. For example, on Xbox Games on Demand, Borderlands 2 is £49.99. On Steam, ignoring the current sale discount, it’s £29.99. Routinely, digital versions of games are priced way higher than online and brick and mortar retailers. You’d have to be mad to pay Games on Demand prices. It’s a similar story on the Playstation store: Far Cry 3 is £59.99. These prices feel suicidal.
There needs to be a range of prices, not just as a sop to bargain hunters, but to broaden the base of players. I don’t think it’s a coincidence that one of the most popular games of all time was also cheap: Minecraft’s price was perfectly affordable to kids and teenagers.

There’s another barrier. Back at the launch of the Xbox 360, Microsoft promoted Microsoft Points as an alternative to paying actual money. Their tactic was obvious: MS points obscure the actual price you’re paying for games, allowing them to charge a bit extra.

Here’s the downside to that plan. Obscuring the price of a digital game behind MS points also obscures when the price is good value. When a game’s price is reduced, without heading to a conversion site, the impact of that reduction is missed. What’s the difference between 800 points and 400 points (the current reduction for Plants vs Zombies)?

And that’s about it

I’ve been a PC gamer all my life. I adore the platform, and love the games. It’s just so exciting to be a part of. But that love for the PC doesn’t turn me off consoles at all: I just want them to be better. I just hope Microsoft and Sony can see that the advantages the PC has are replicable.